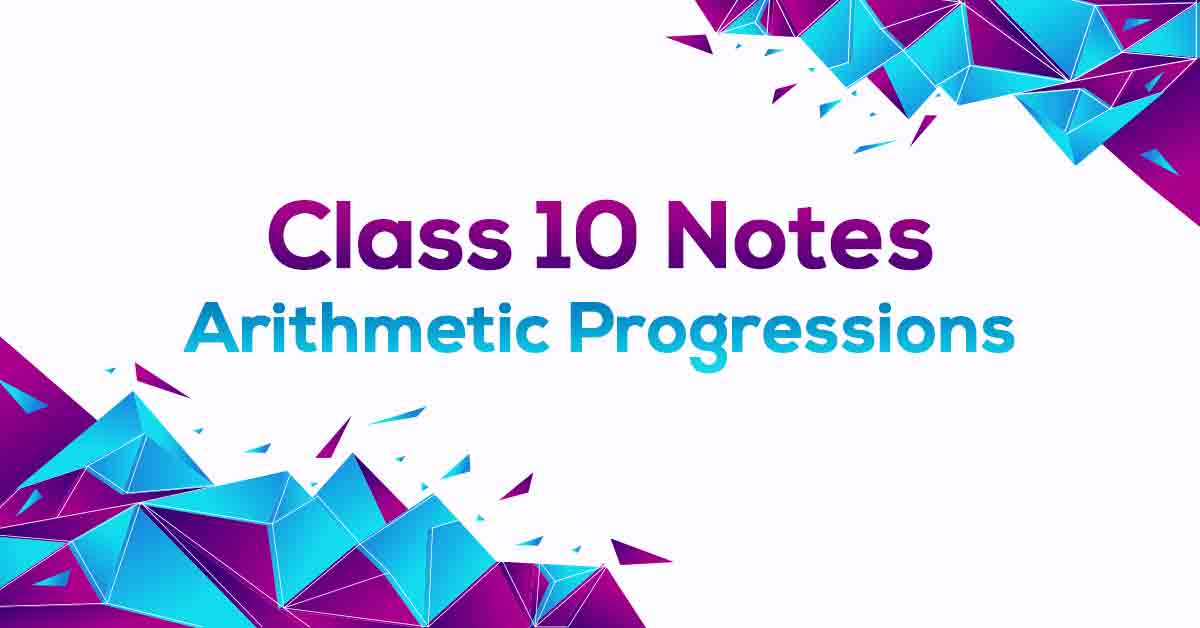 Chapter 5 of the Grade 10 Mathematics Program covers arithmetic progression. This is an important chapter covered in Lesson 10 and is divided into 5 main sections. We recommend that students read these topics very carefully in order to learn, absorb and retain all the information provided by the solution. Our experienced tutors have invested time in developing solutions that best fit the needs of students so that they can score well on their exams.

We have provided a few important points that are covered in NCERT Class 10 Maths Chapter 5 to help students in their exam preparations. Refer to the points below:

Thus, the standard form of the arithmetic progression is given by the formula,

As it is the difference between any two consecutive terms, for any A.P, if the common difference is:

The sum to n terms of an A.P is given by:

Where a is the first term, d is the common difference and n is the number of terms.

The sum of n terms of an A.P is also given by

In NCERT notes Class 10 Chapter 5 Mathematics, students learn about arithmetic progression. The NCERT notes PDF for Chapter 5 of Grade 10 Mathematics, free of charge, can help students achieve good grades. Students can download this PDF by visiting Vidyakul. This file has been prepared by leading academic experts in India. Each answer is written according to the rules set by CBSE. We also do everything we can to ensure that our students get good grades.

The following table has been provided to give the students a glimpse at the important topics that are covered in the chapter on Arithmetic Progressions:

Learn more about this in Arithmetic Progressions Class 10 Notes pdf. 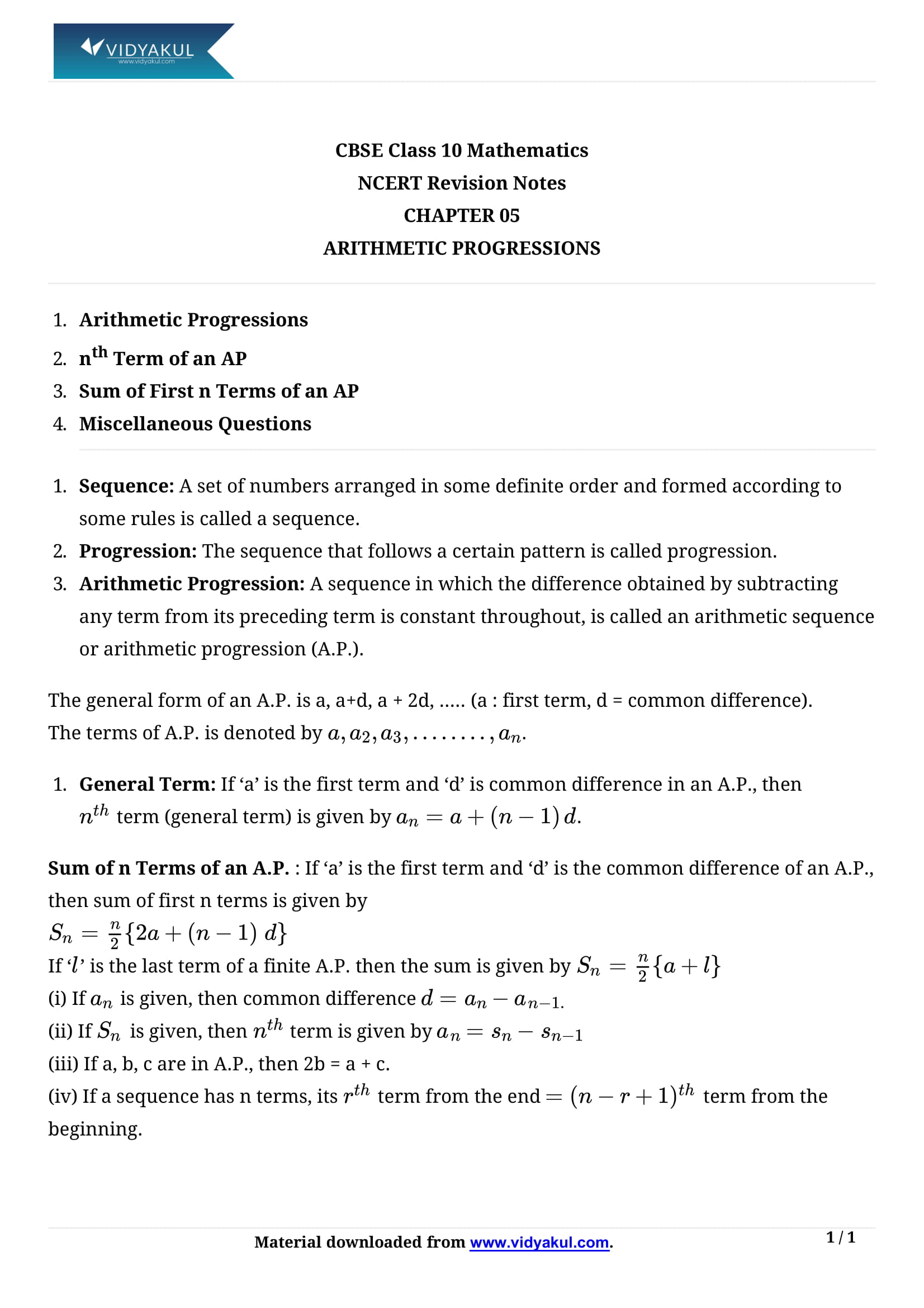