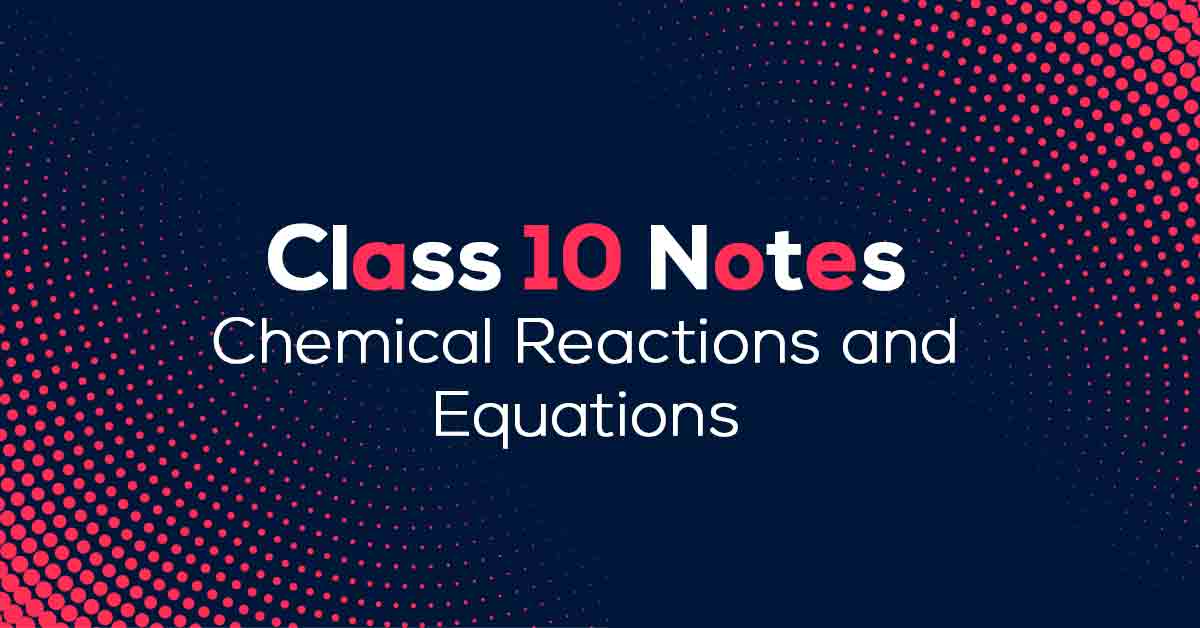 The first chapter of NCERT Class 10 Science is important because the concepts in this chapter relate to other chapters as well. Vidyakul provided NCERT notes for 10th grade to help students better understand concepts and score well on exams. NCERT notes Class 10 Students who are good at Science can easily pass the exam. Learning these notes helps students understand how to solve problems. Students can also visit Vidyakul to practice for free on over 3,240 questions from 103 different test prep books. Read on to learn more about the NCERT notes for Class 10 Chapter 1.

We have provided some important points to remember from 10th NCERT Science Chapter 1 for students to refer to for exam preparations:

This is an example of combination reaction since two reactants are combining to form a single product.

In electrolysis of water (acidified), the gases that are evolved at anode and cathode respectively are oxygen and hydrogen. Hydrogen ions gain electrons from cathode and forms hydrogen gas, oxygen ions gives electrons to anode and forms oxygen gas.

Learn more about it in Chemical Reactions and Equation Class 10 Notes pdf. 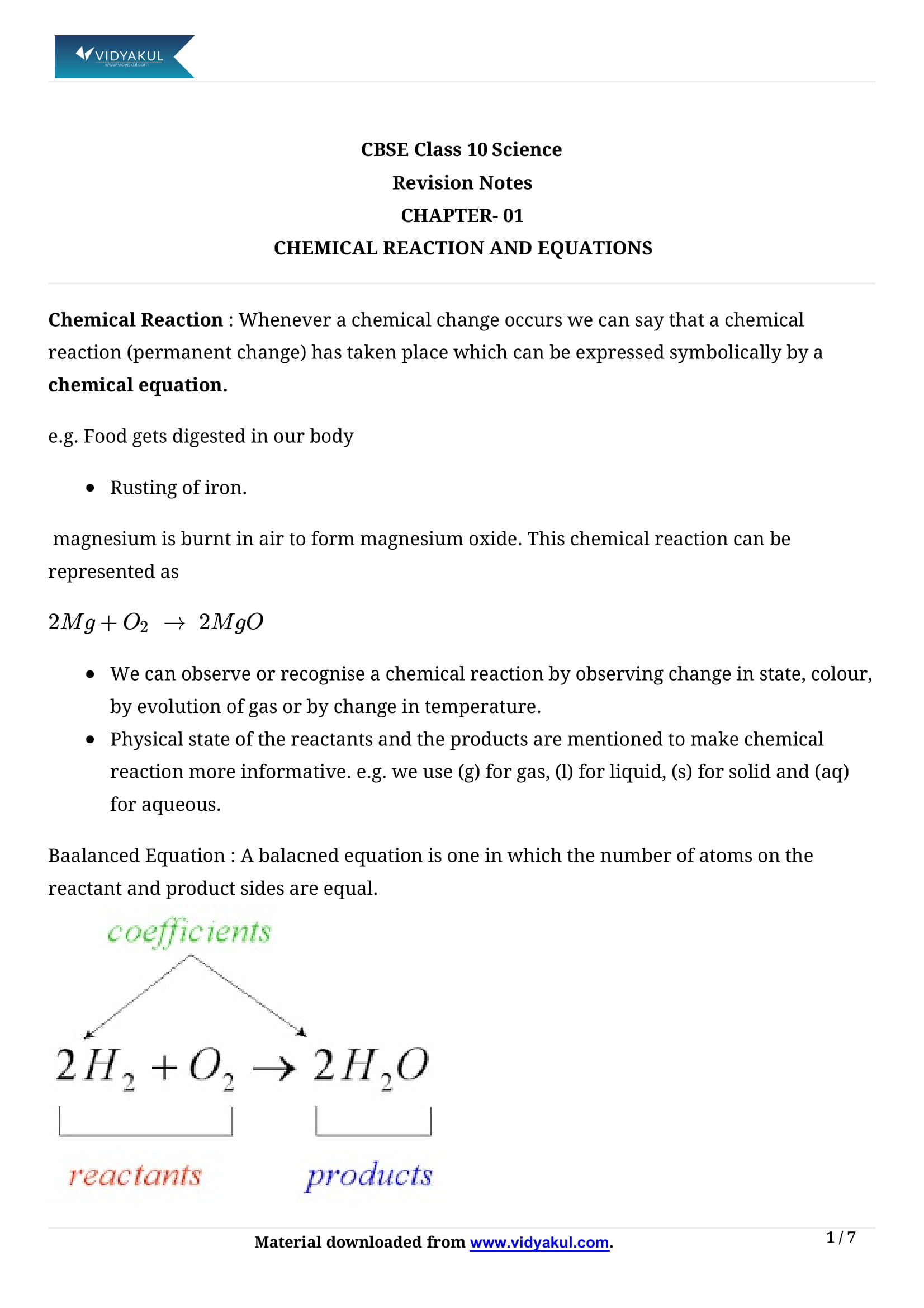 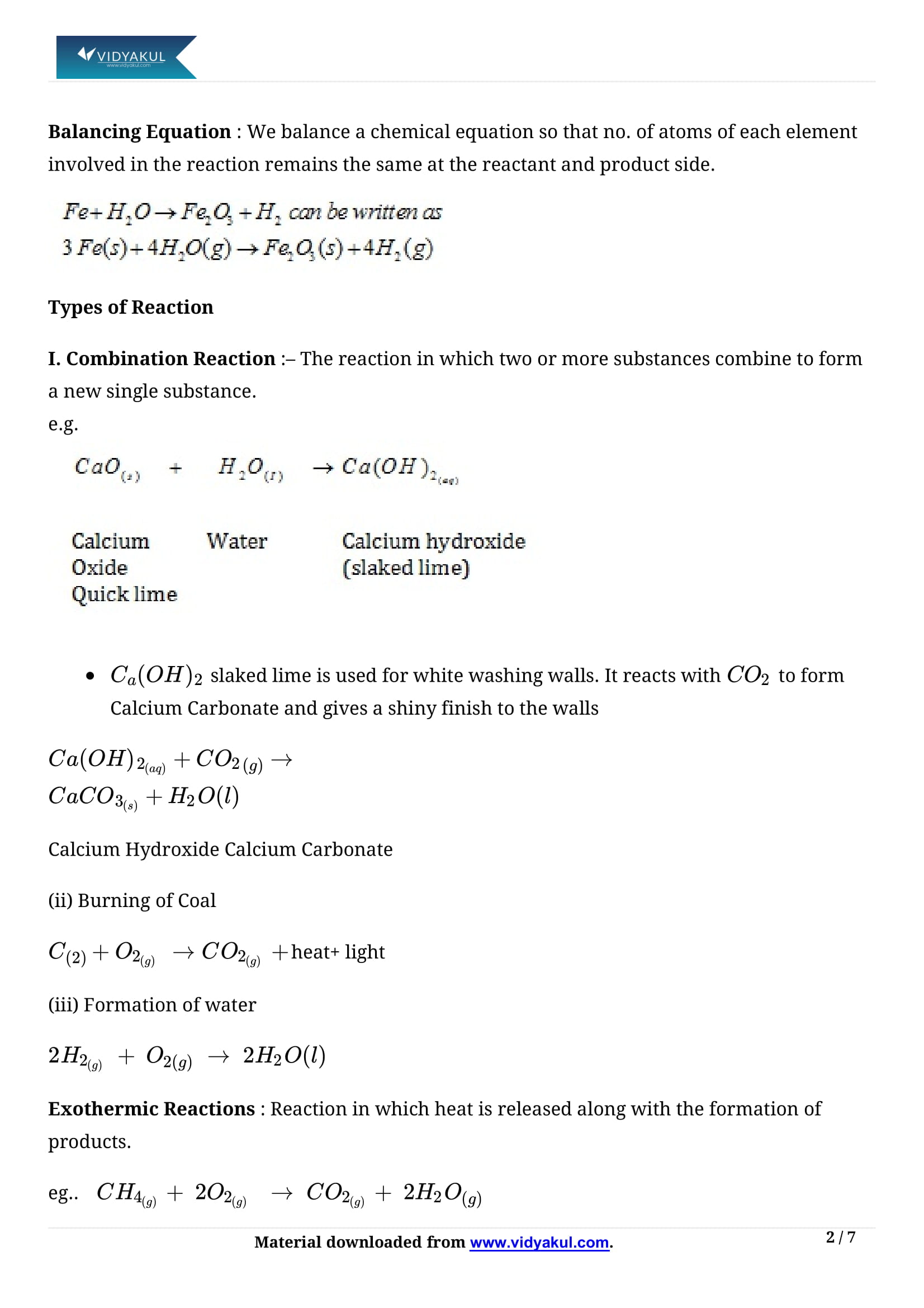 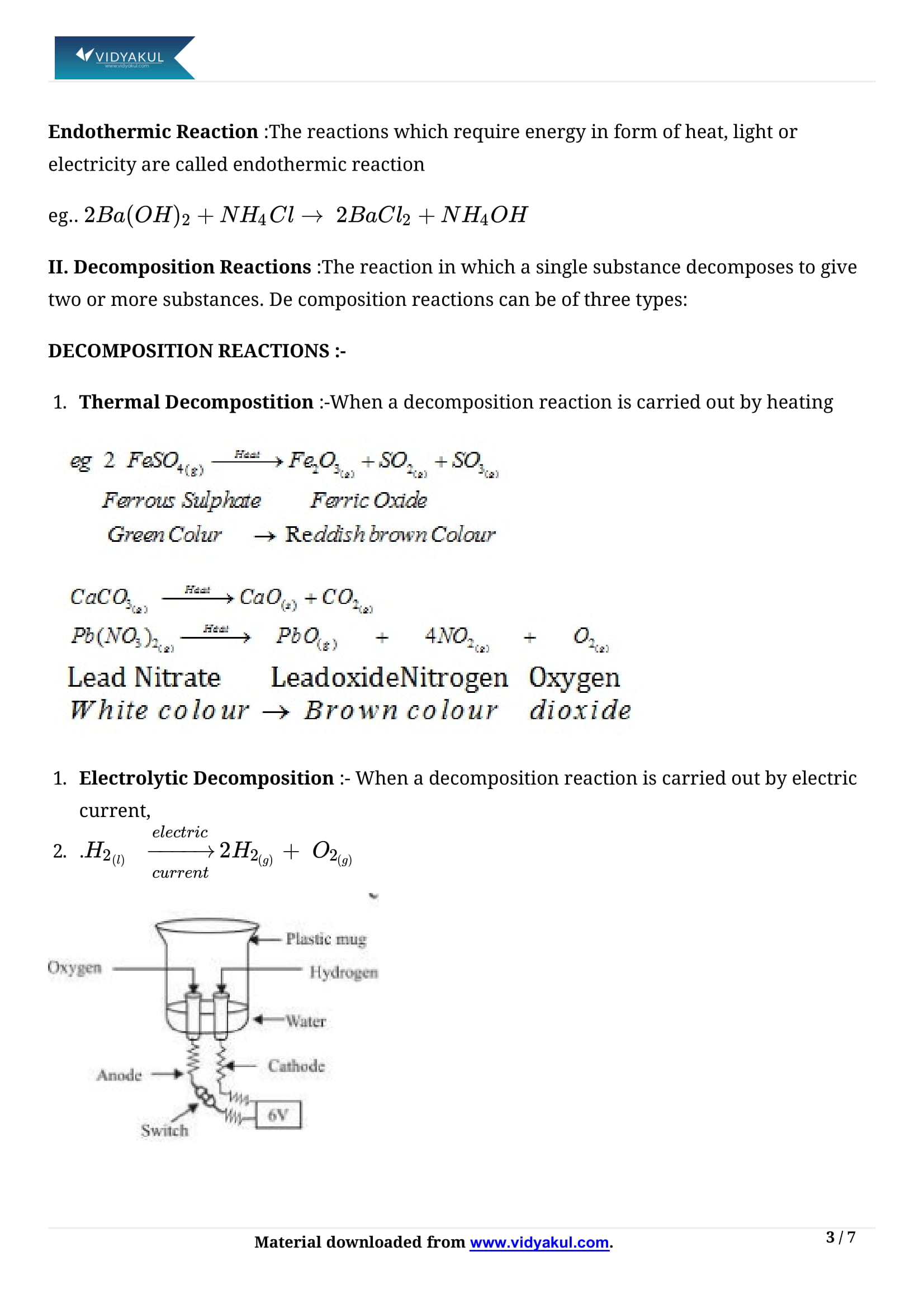 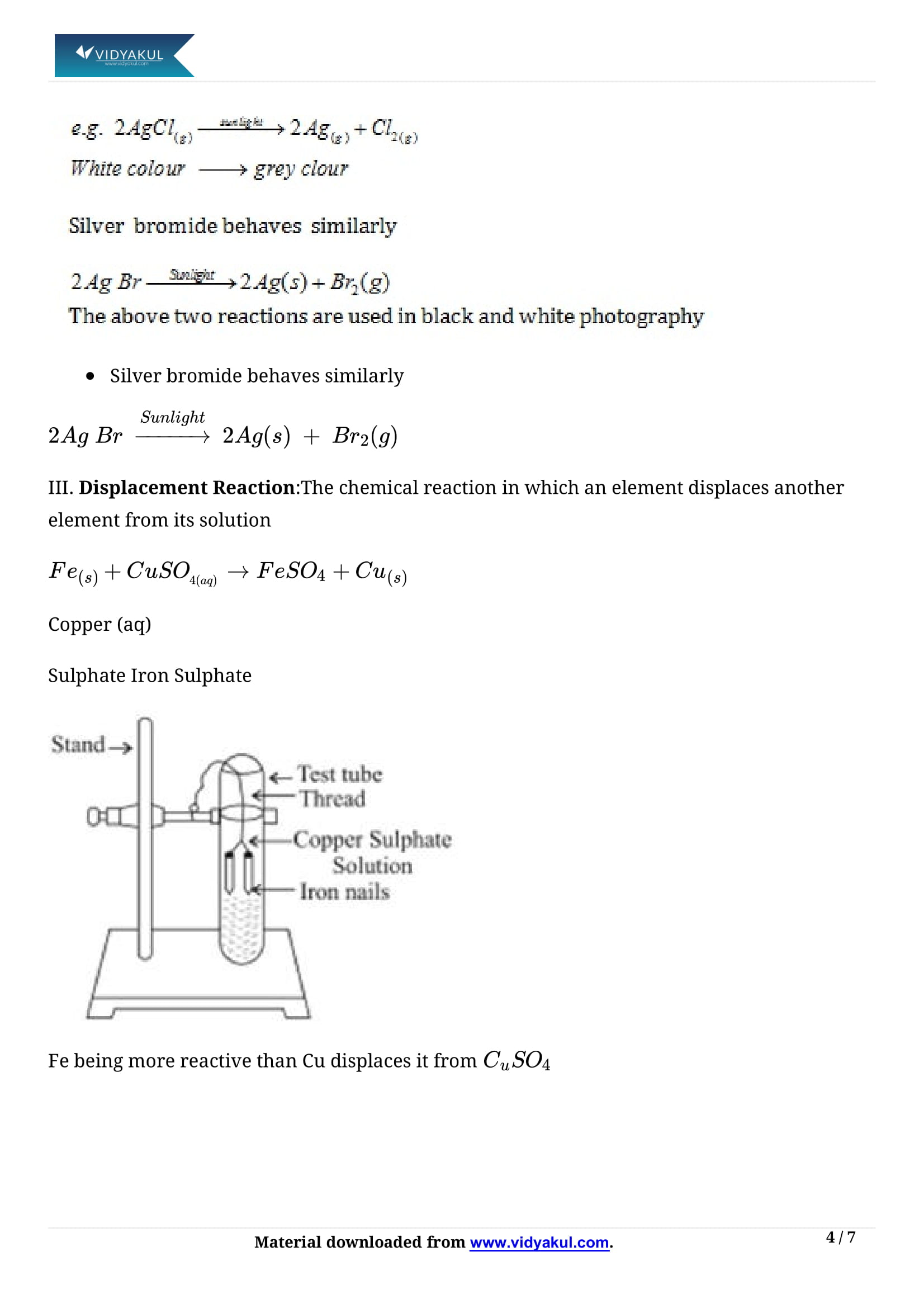 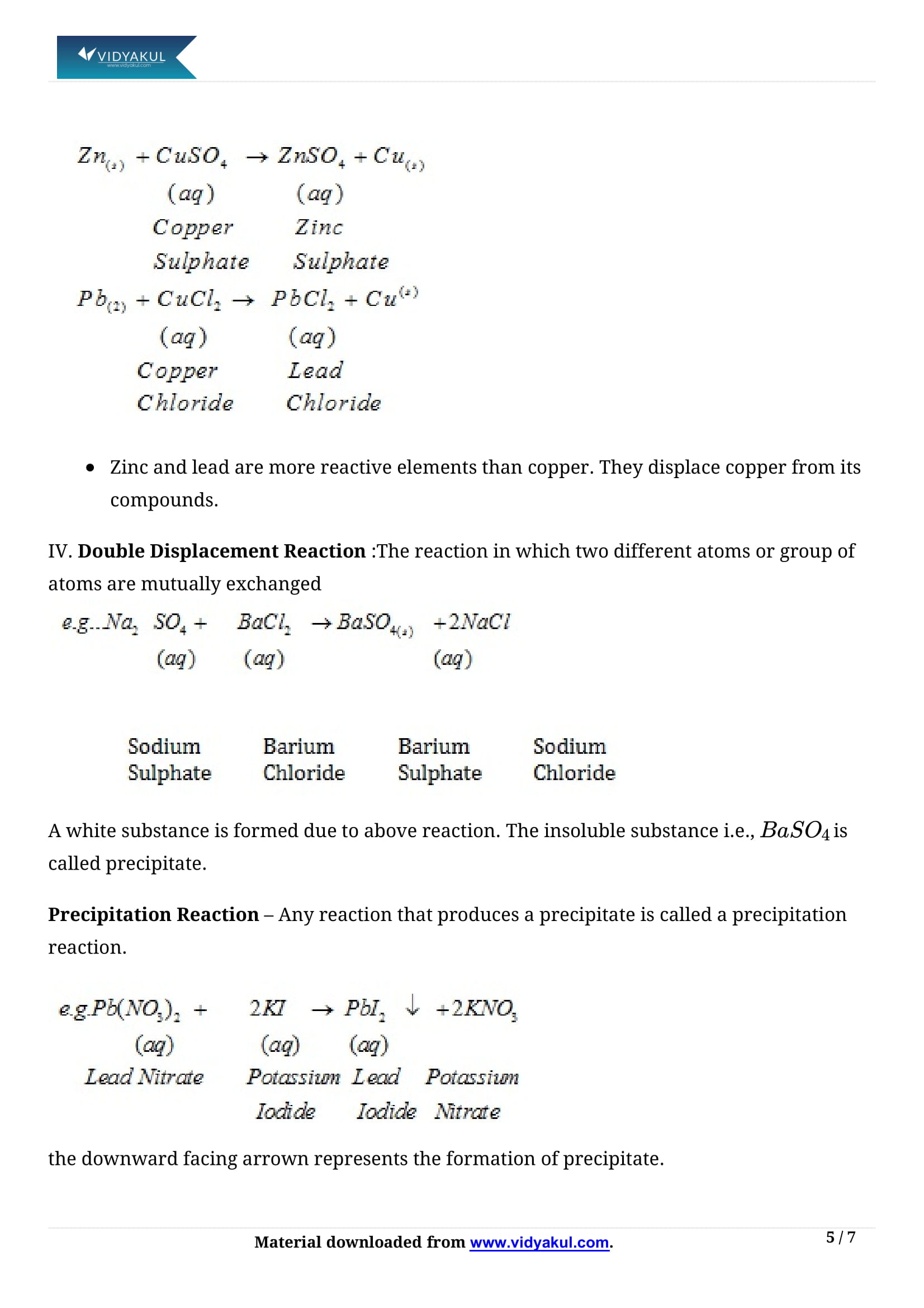 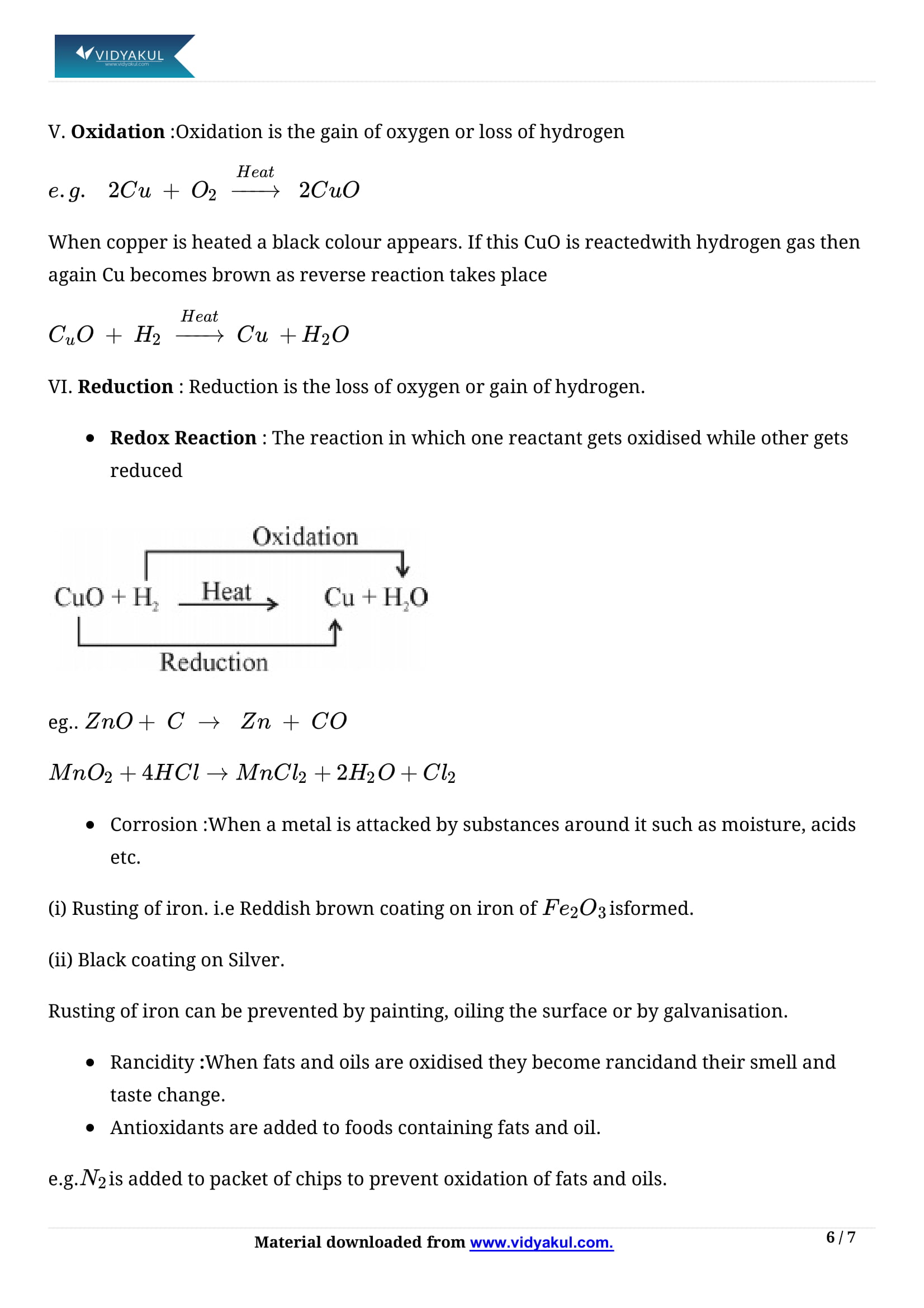 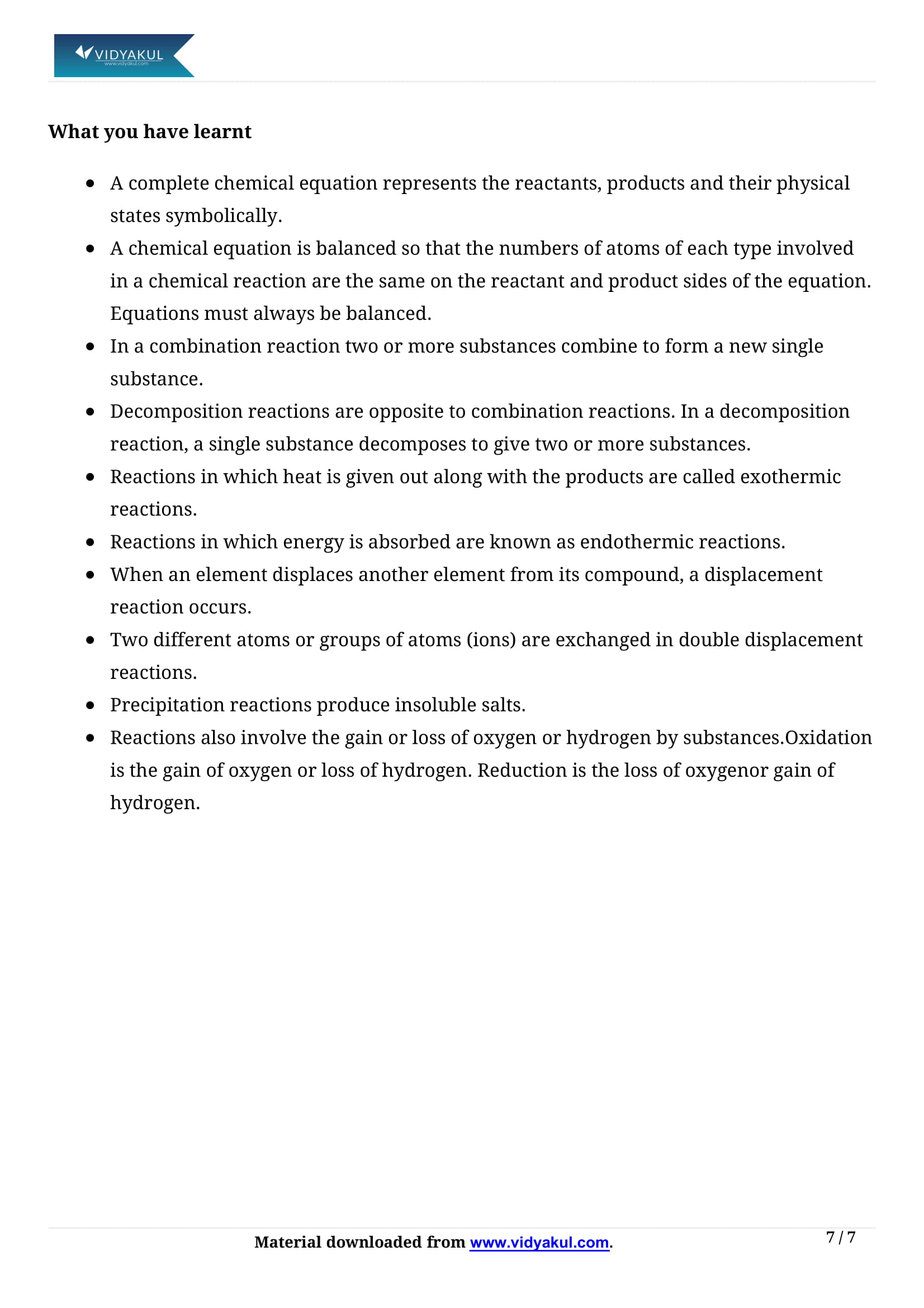