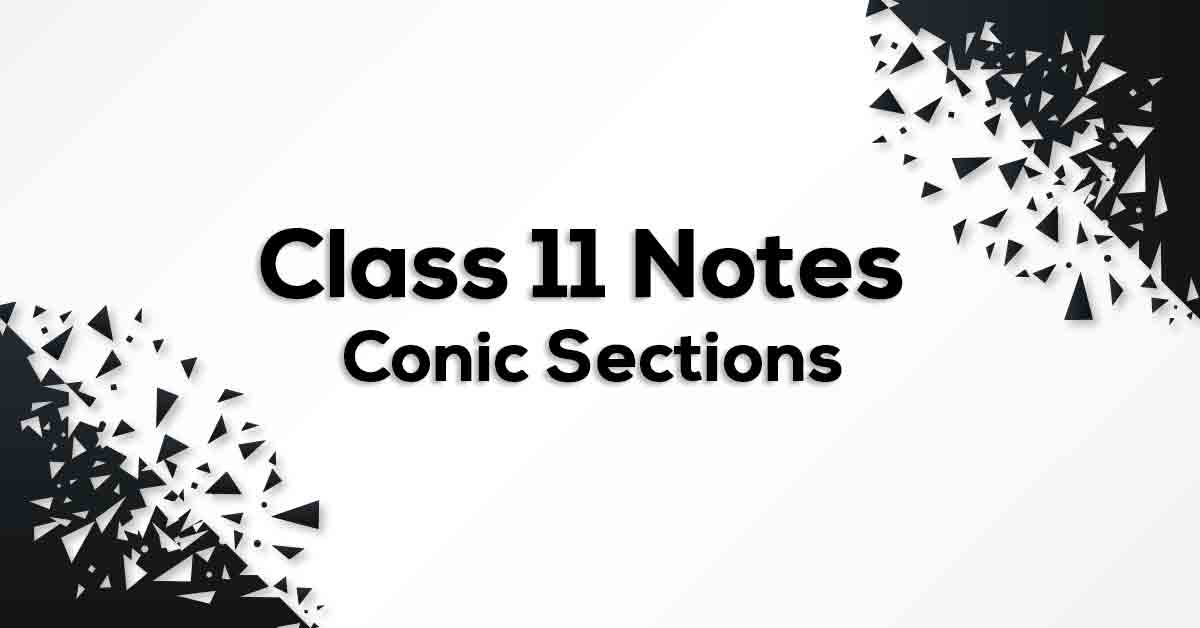 Mathematics Chapter 11, Grade 11 covers conic sections. It is a valuable resource that helps students achieve higher scores in both tests and various entrance exams. This article contains links to a detailed set of practice notes from Chapter 11 of the NCERT Grade 11 Math Book. This chapter requires adequate knowledge of logical thinking and analytical skills to understand basic concepts related to conic sections.

The notes prepared by Vidyakul are explained precisely and step-by-step to help students understand the right approach to solving a variety of problems. Vidyakul offers a range of learning resources to help students improve preparation and improve outcomes in the long run. Students can download the notes for Grade 11 Math Chapter 11 Conics section from this article.

Check the formulas for different types of sections of a cone in the table given here.

Focus, Eccentricity and Directrix of Conic

A conic section can also be described as the locus of a point P moving in the plane of a fixed point F known as focus (F) and a fixed line d known as directrix (with the focus not on d) in such a way that the ratio of the distance of point P from focus F to its distance from d is a constant e known as eccentricity. Now,

Apart from focus, eccentricity and directrix, there are few more parameters defined under conic sections. 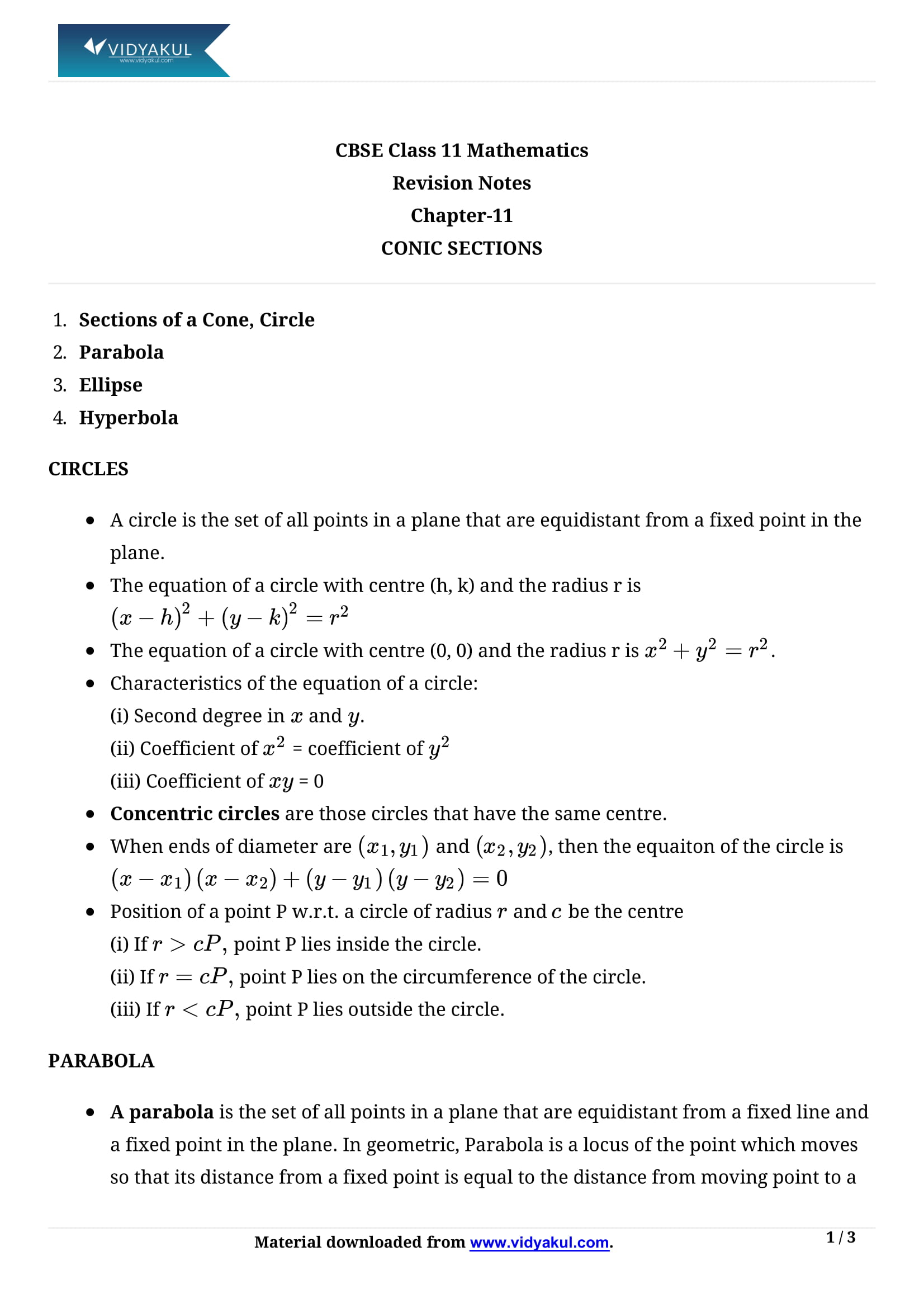 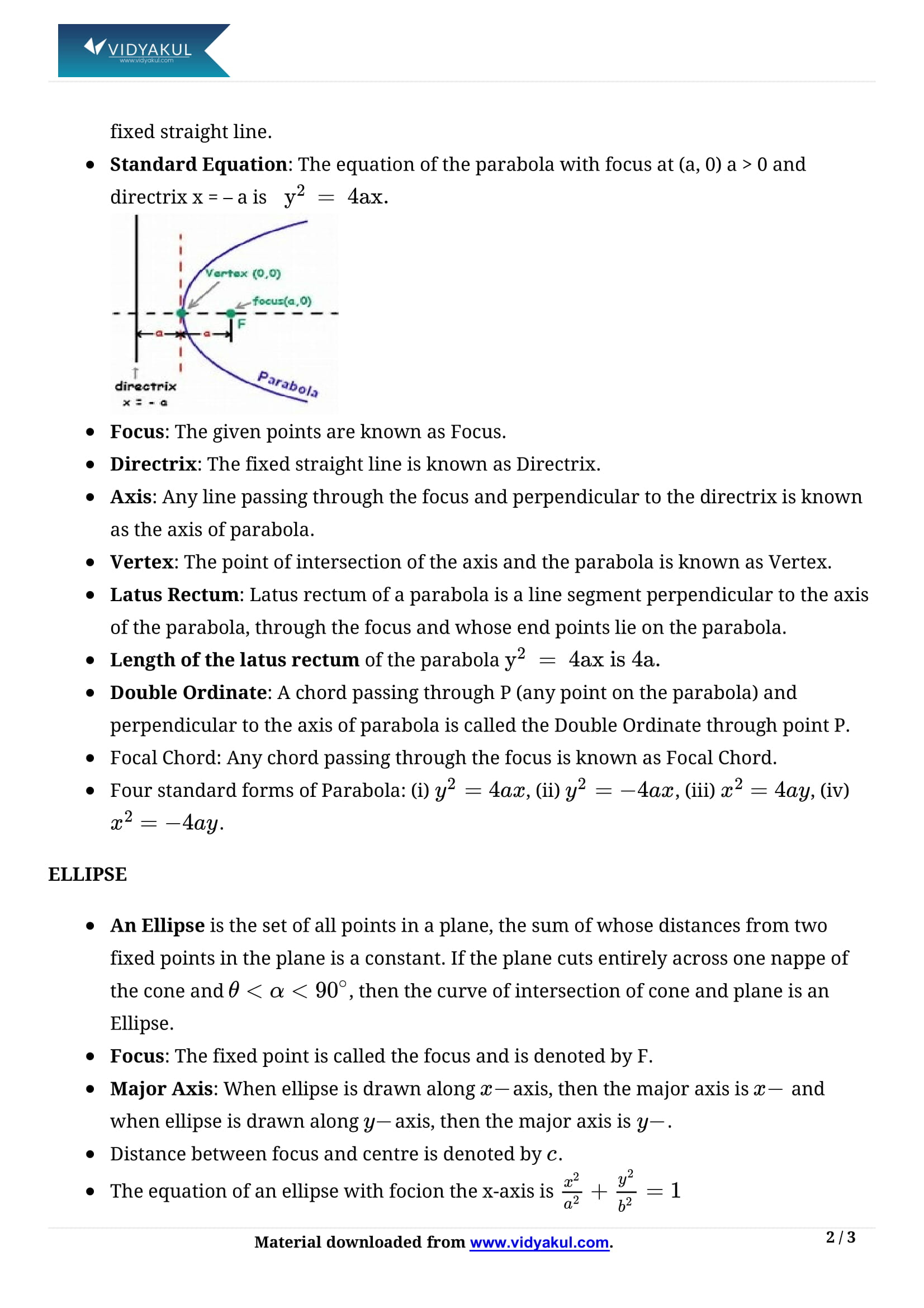 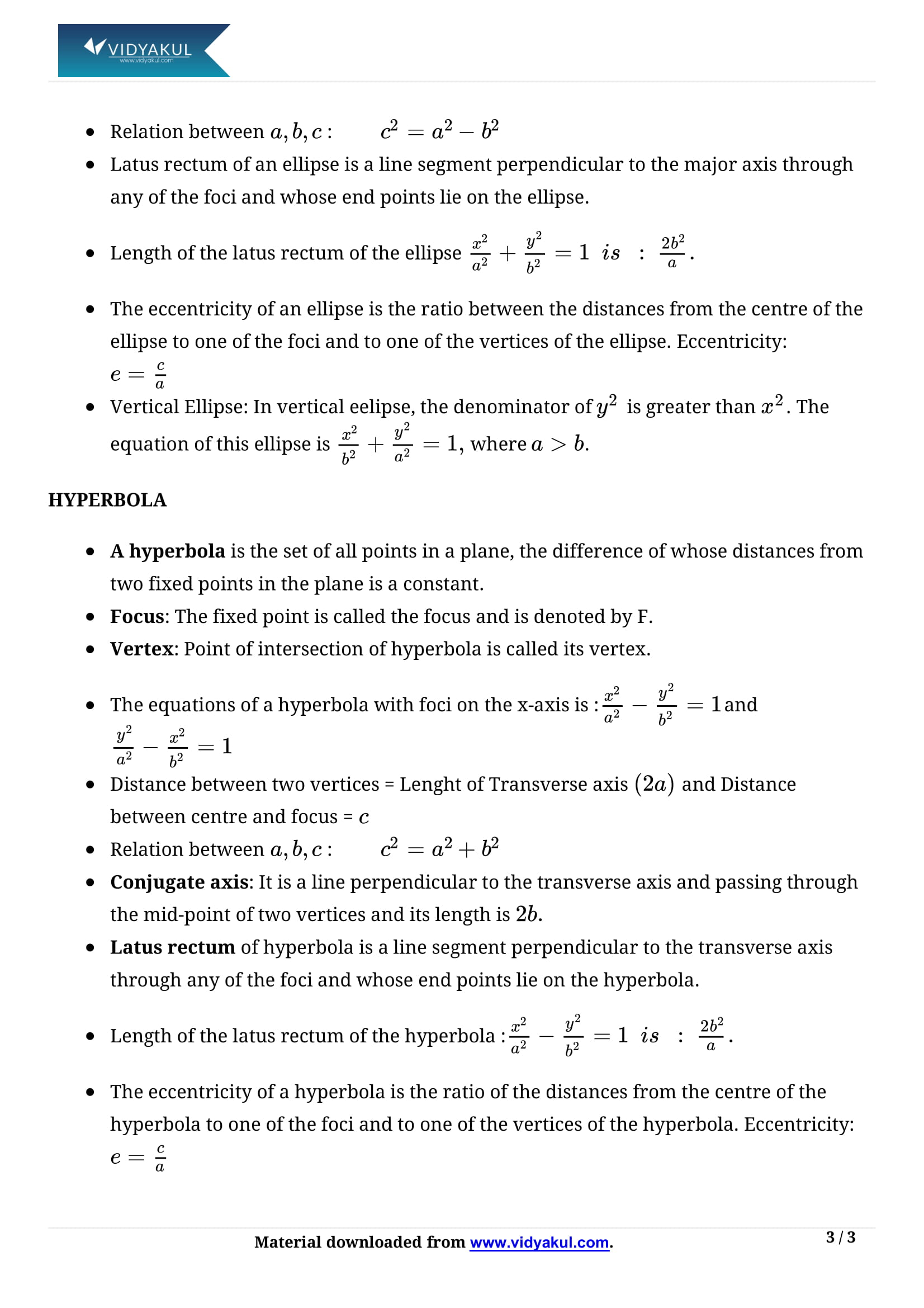