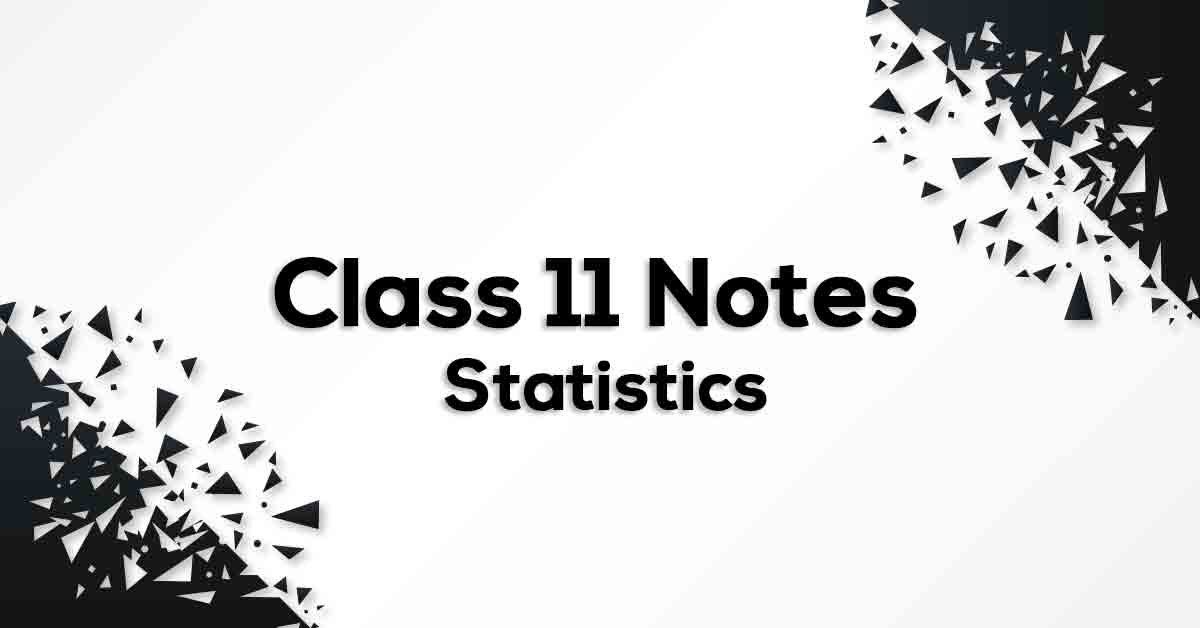 11th-grade students looking for an 11th grade NCERT notes in Math Chapter 15, i.e. Statistics. Statistics is a very important chapter in CBSE Class 11. In this article, candidates can find the NCERT notes to Class 11 Math Chapter 15. These notes are provided by Vidyakul's top academic experts. Our experts have explained the notes step by step.

When students understand the theory behind concepts related to statistics in this chapter, they will be able to solve text questions and NCERT exercises. If you get stuck somewhere while solving these NCERT problems, see Chapter 15 "NCERT notes for 11th Grade Math" included in this article.

The starting and end values of each class are called the Lower and Upper limit.

The difference between upper and lower boundary of a class is called class interval or size of the class.

The formulas that are commonly used in statistical analysis are given in the table below.

There are different ways to represent data such as through graphs, charts or tables. The general representation of statistical data is:

In Mathematics, statistics are used to describe the central tendencies of the grouped and ungrouped data. The three measures of central tendency are:

All three measures of central tendency are used to find the central value of the set of data.

In statistics, the dispersion measures help interpret data variability, i.e. to understand how homogenous or heterogeneous the data is. In simple words, it indicates how squeezed or scattered the variable is. However, there are two types of dispersion measures, absolute and relative. They are tabulated as below:

Skewness, in statistics, is a measure of the asymmetry in a probability distribution. It measures the deviation of the curve of the normal distribution for a given set of data.

The value of skewed distribution could be positive or negative or zero. Usually, the bell curve of normal distribution has zero skewness.

ANOVA Stands for Analysis of Variance. It is a collection of statistical models, used to measure the mean difference for the given set of data.

Before you get into the NCERT notes for Class 11 Math Chapter 15 – Statistics, let’s go through the sections included in this chapter: 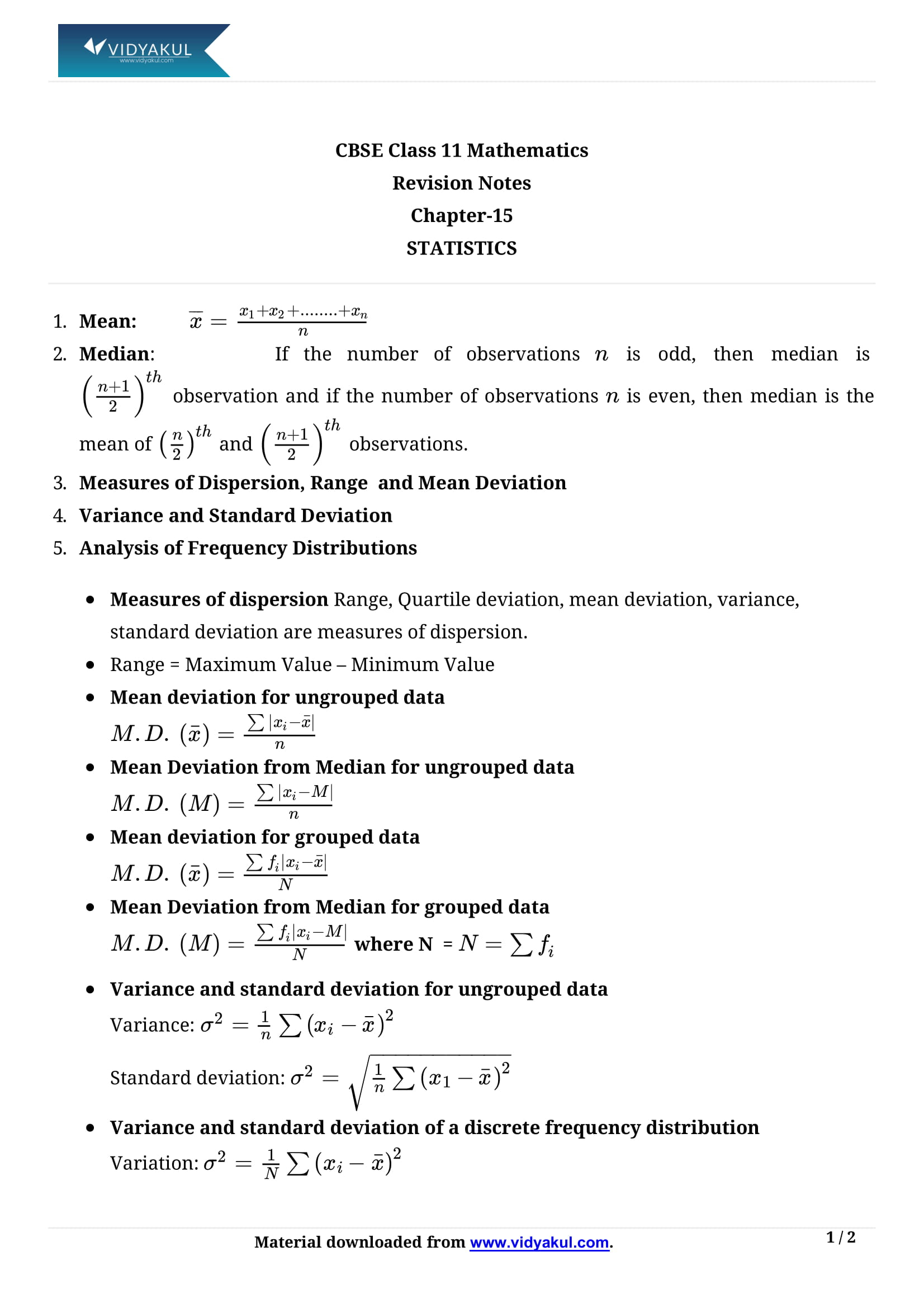 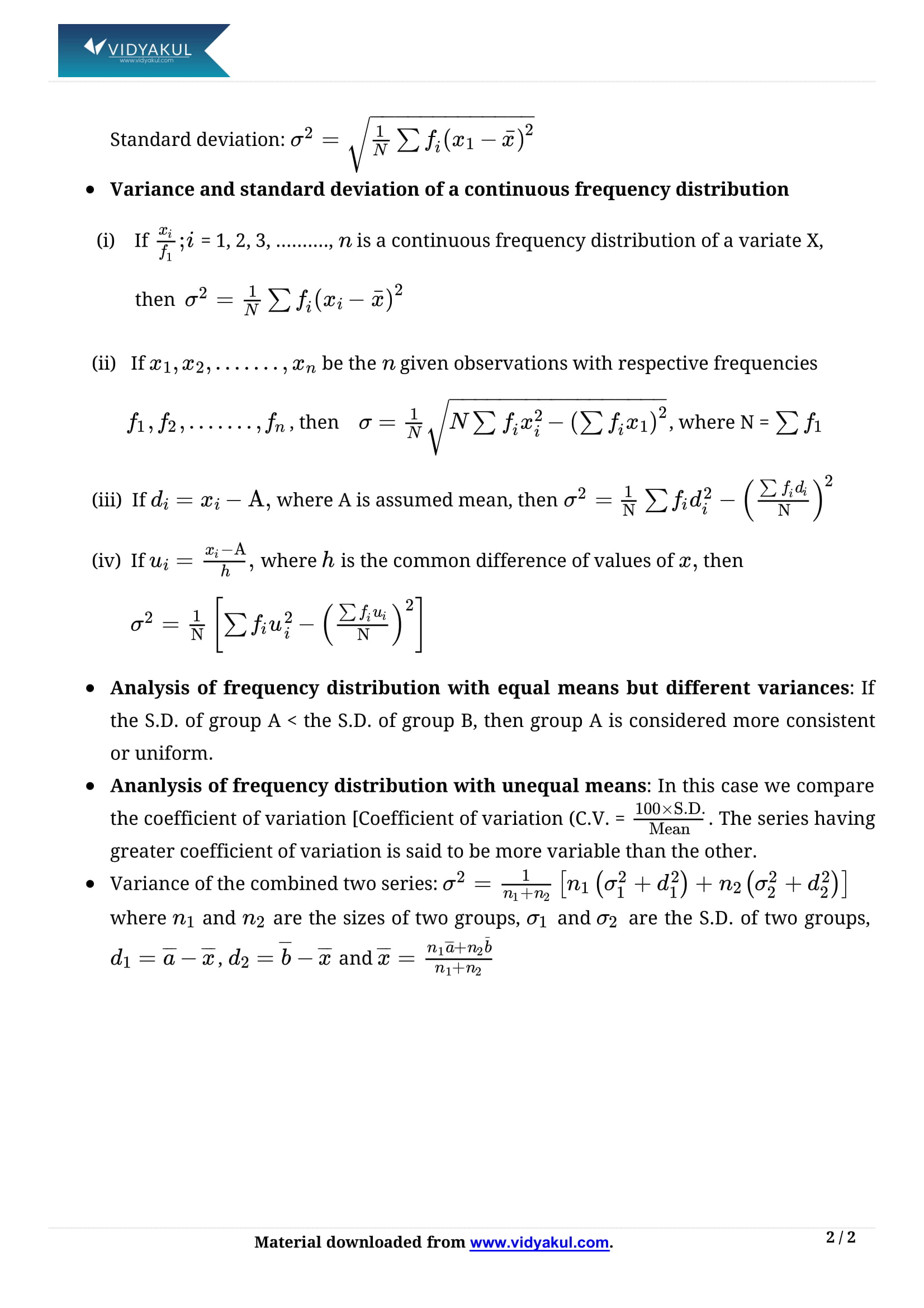