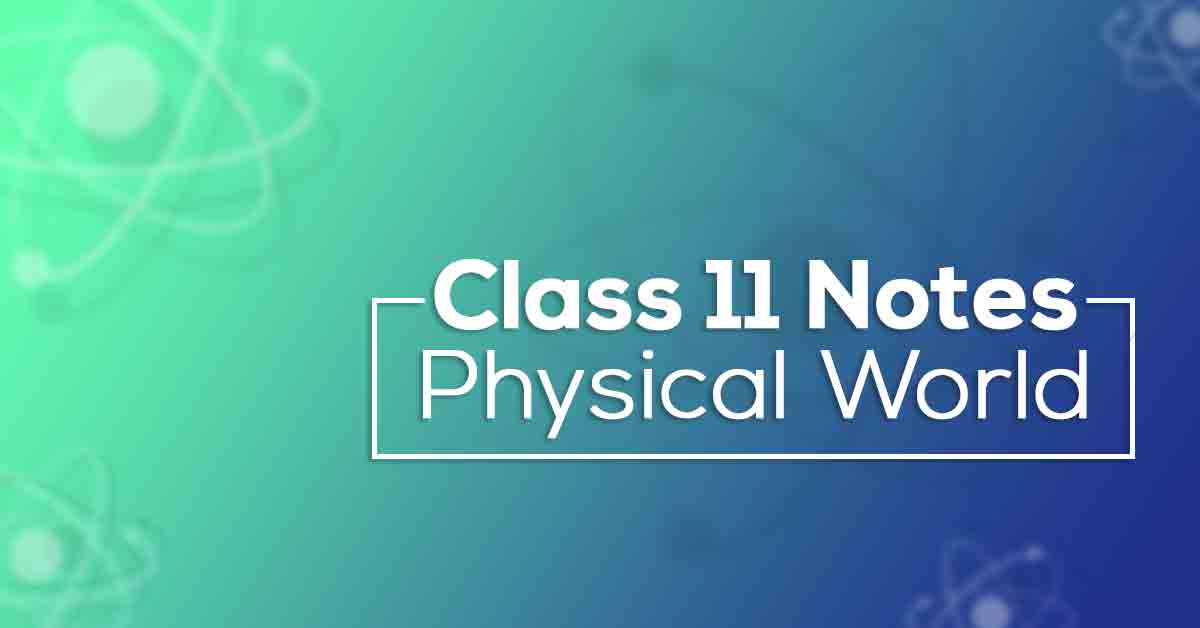 Chapter 1 of Year 11 Physics is called "The Physical World". Students learn basic concepts like physics, their role and importance in everyday life and the world around them. Chapter 1, The Physical World, will also help students build a solid foundation for more advanced topics to explore further. NCERT notes Class 11 Physics Chapter 1 will help students answer questions.

This chapter deals specifically with physics, the scope and chaos of physics, technology and society, the fundamental forces of nature and the nature of the laws of physics. Students should practice all text questions provided by Vidyakul. Read on to learn about the NCERT notes to Class 11 Physics.

Below, we have mentioned some of the important points to remember from NCERT Class 11 Physics chapter 1.

Chapter 1 of Physics for Grade 11 may seem difficult to understand at first. However, students who study the concept videos before practicing the problems can easily solve them. Students should practice solving all kinds of questions so that they can solve all kinds of questions asked on the exam. This allows students to understand the nature of the question and analyze the question types.

Vidyakul provides NCERT notes to answer all your CBSE Physics Class 11 Chapter 1 Physics textbook questions based on the latest curriculum. Vidyakul's questions are provided free of charge to help students score well on their exams.

Galileo has been called the “father of modern observational astronomy”.

Physics is used heavily in engineering. For example, statics, a subfield of mechanics, is used in the building of bridges and other static structures. 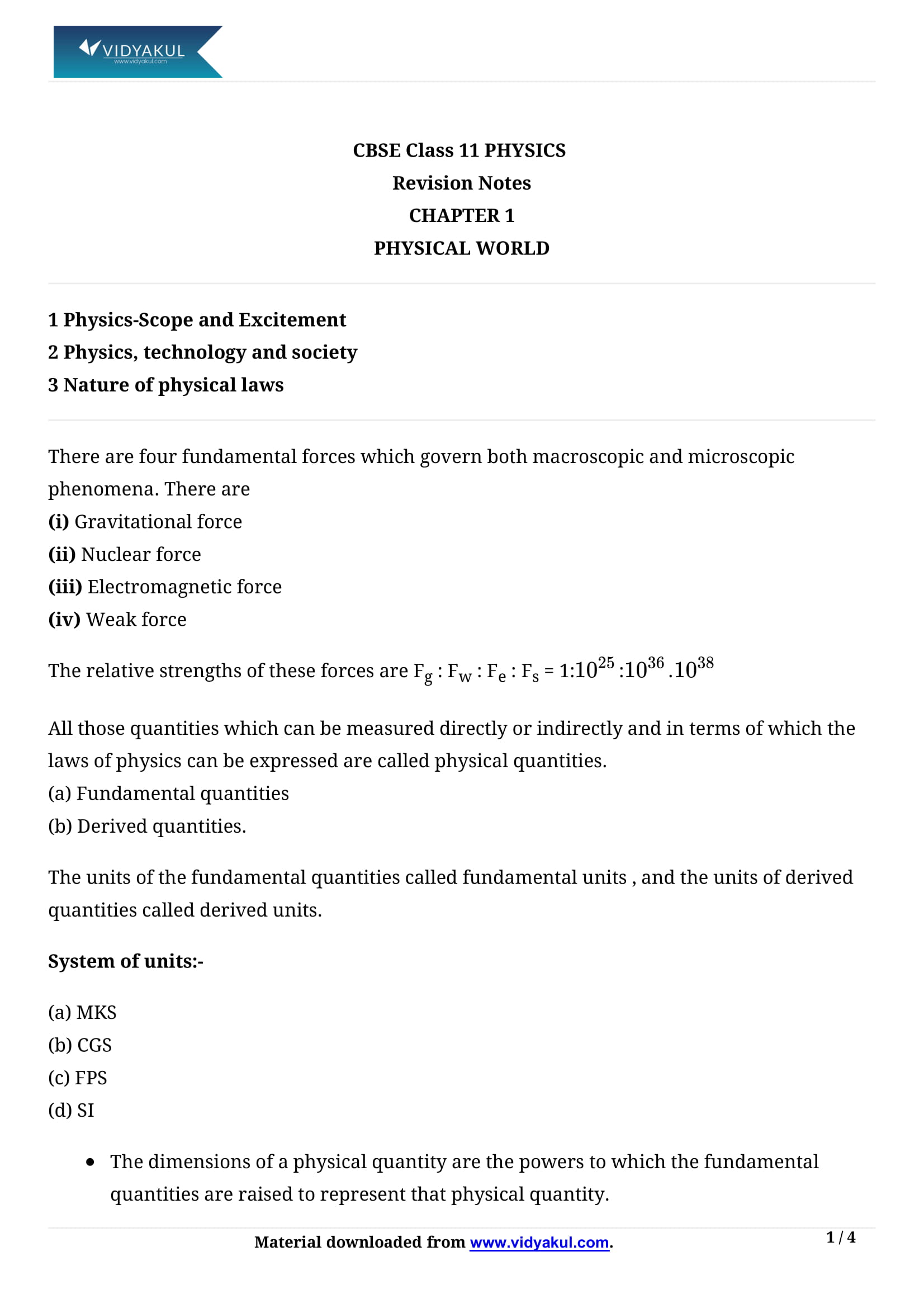 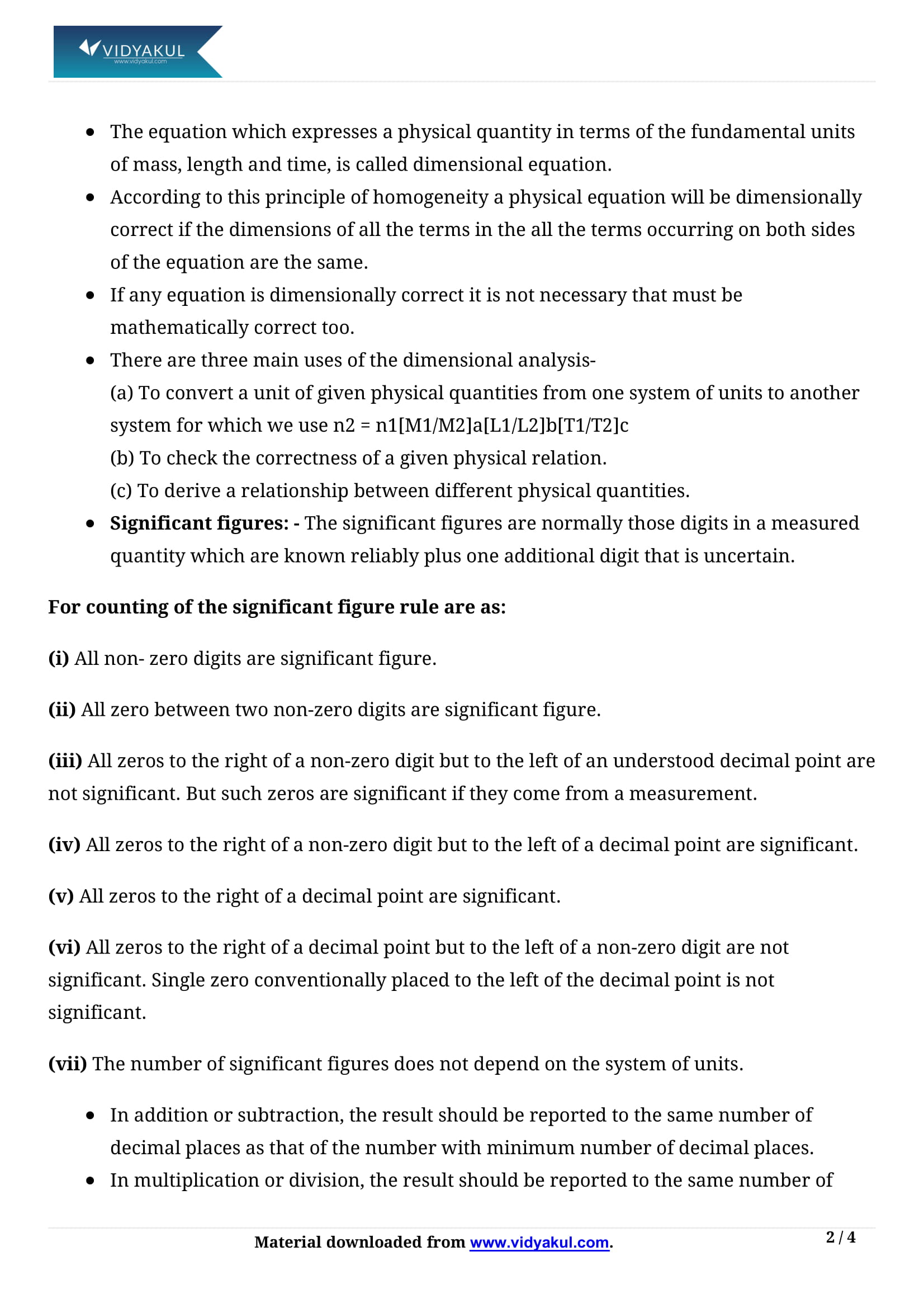 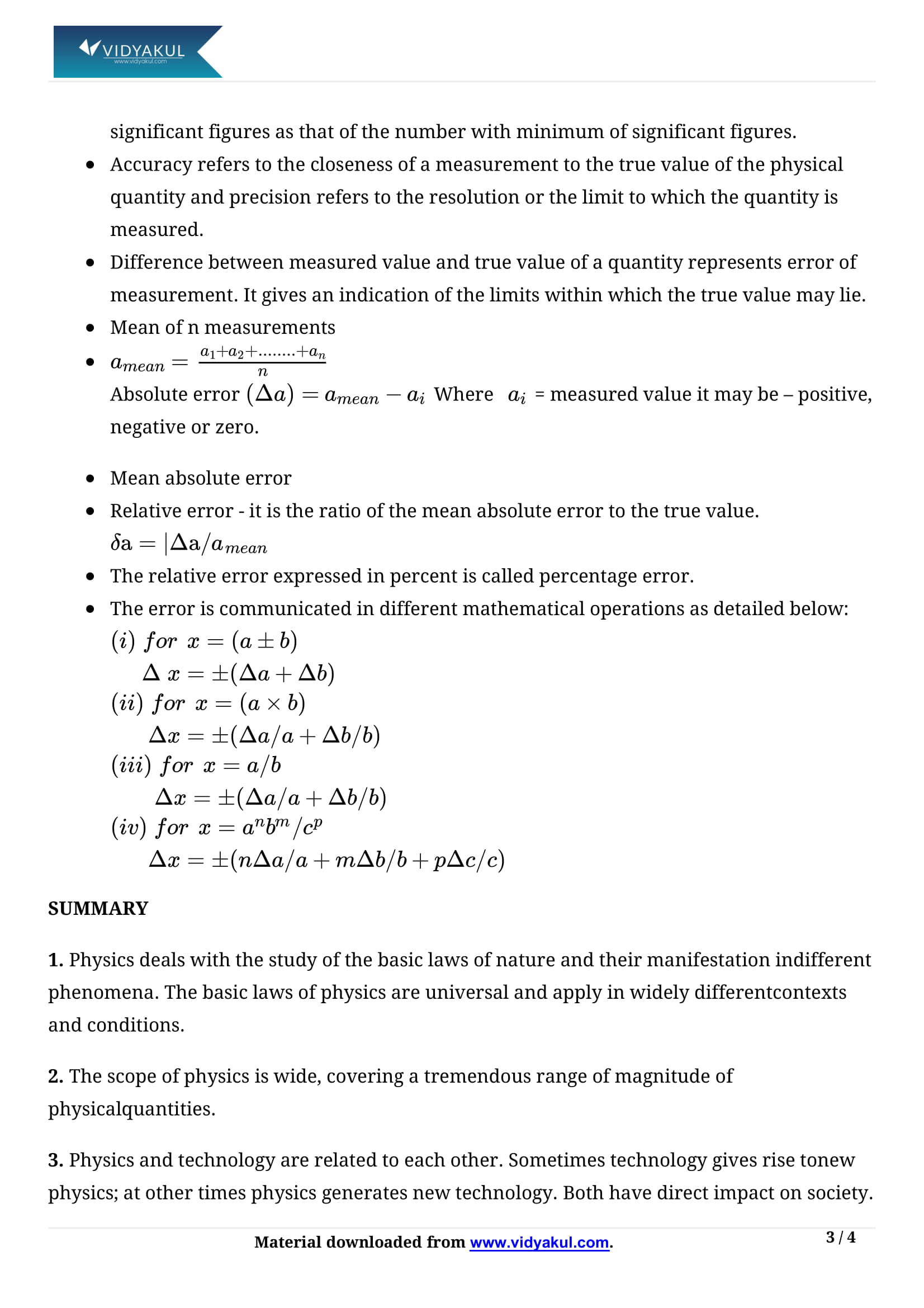 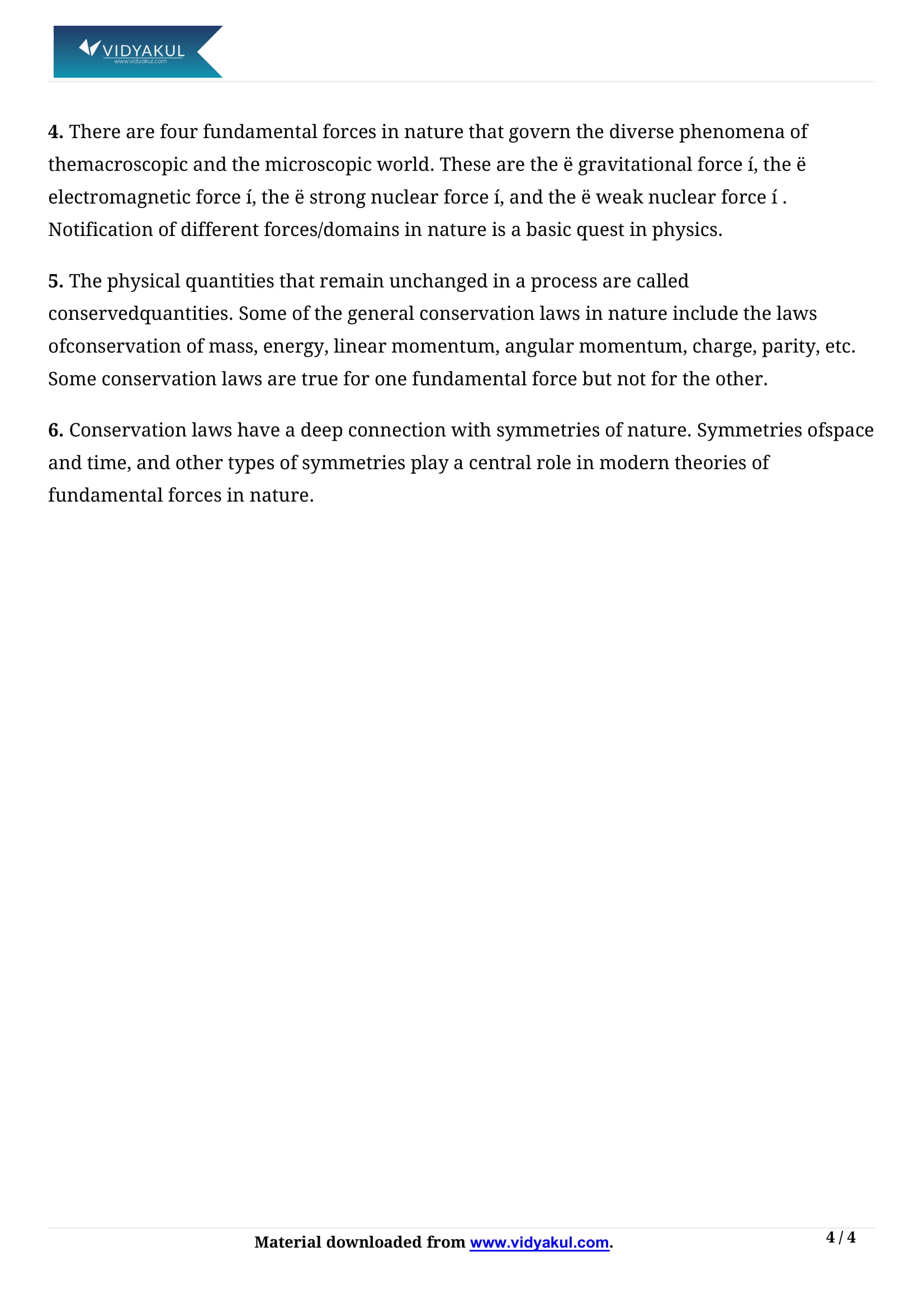