Chapter 5 of Physics for Grade 11 is "The Laws of Motion". This chapter mainly explains how and why external forces act on moving bodies. The NCERT notes for Physics Class 11 is an invaluable resource that students can rely on to get the best marks on their exams. These NCERT notes are designed according to the latest CBSE guidelines.

CBSE Class 11 Physics Chapter 5 discusses forces, the introduction of force and inertia, the conservation of momentum, and circular motion. This article provides NCERT notes for Grade 11, Chapter 5, Physics, and Important Subjects. Scroll down to learn more!

Below we have provided some of the important points to remember from NCERT Class 11 Physics Chapter 5:

The topics discussed in Chapter 5, Year 11 of NCERT Physics are often regarded as milestones in human history and foundations of modern physics. In this chapter, students will learn about Newton's laws of motion, vector sums of forces, conservation of linear momentum, scalars and vectors, and the fundamental forces of nature. Although this chapter is considered difficult, Vidyakul's 3D videos allow students to see the law. in action.

So, students can practice questions and take free exams here. Additionally, students should focus on the NCERT notes that benefit them.

Let us look at the topics that students are going to study in this chapter:

Inertia is a property of matter by which it remains at rest or in motion in the same straight line unless acted upon by some external force.

This law is important in analysing problems of static equilibrium, where all forces are balanced. 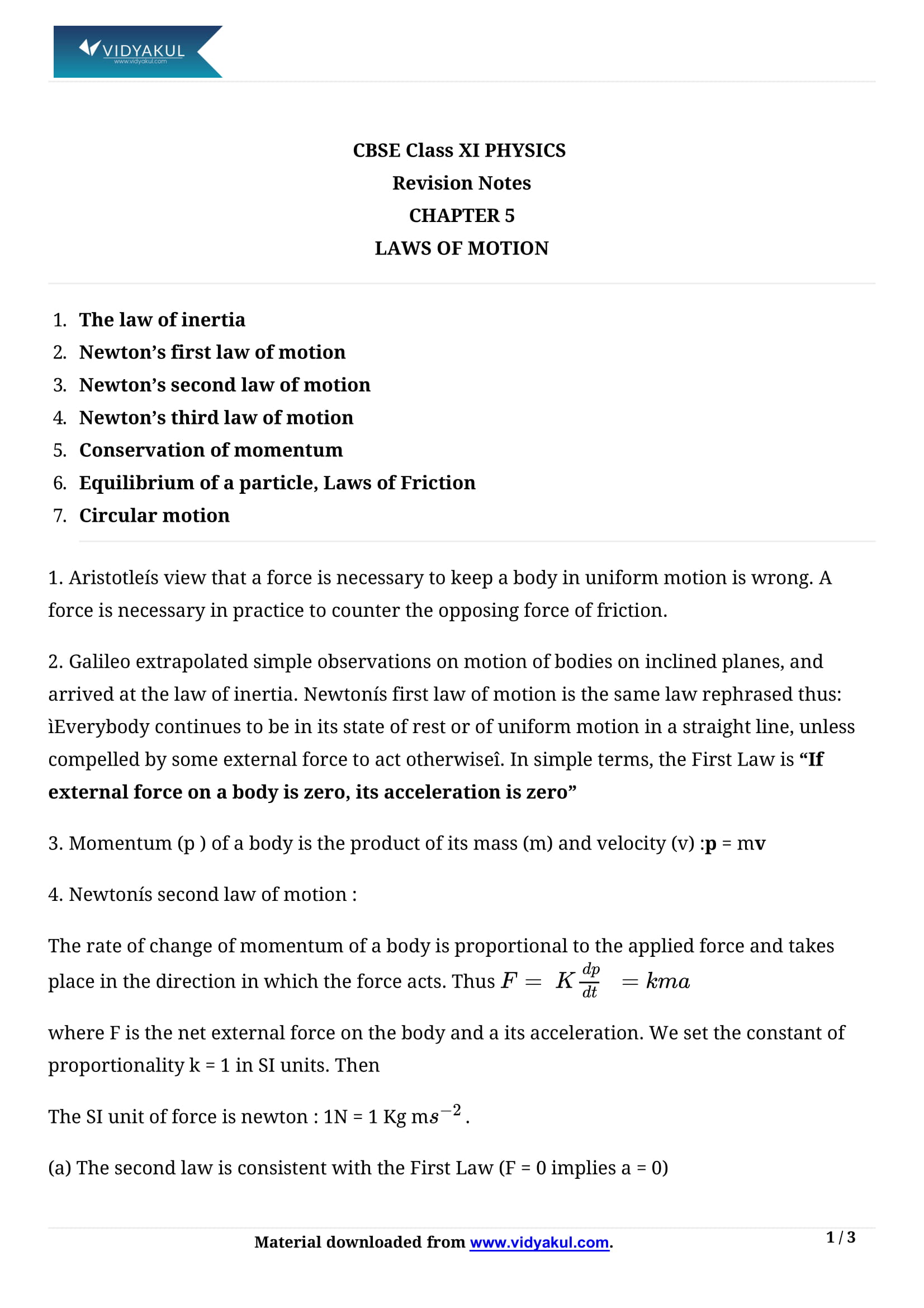 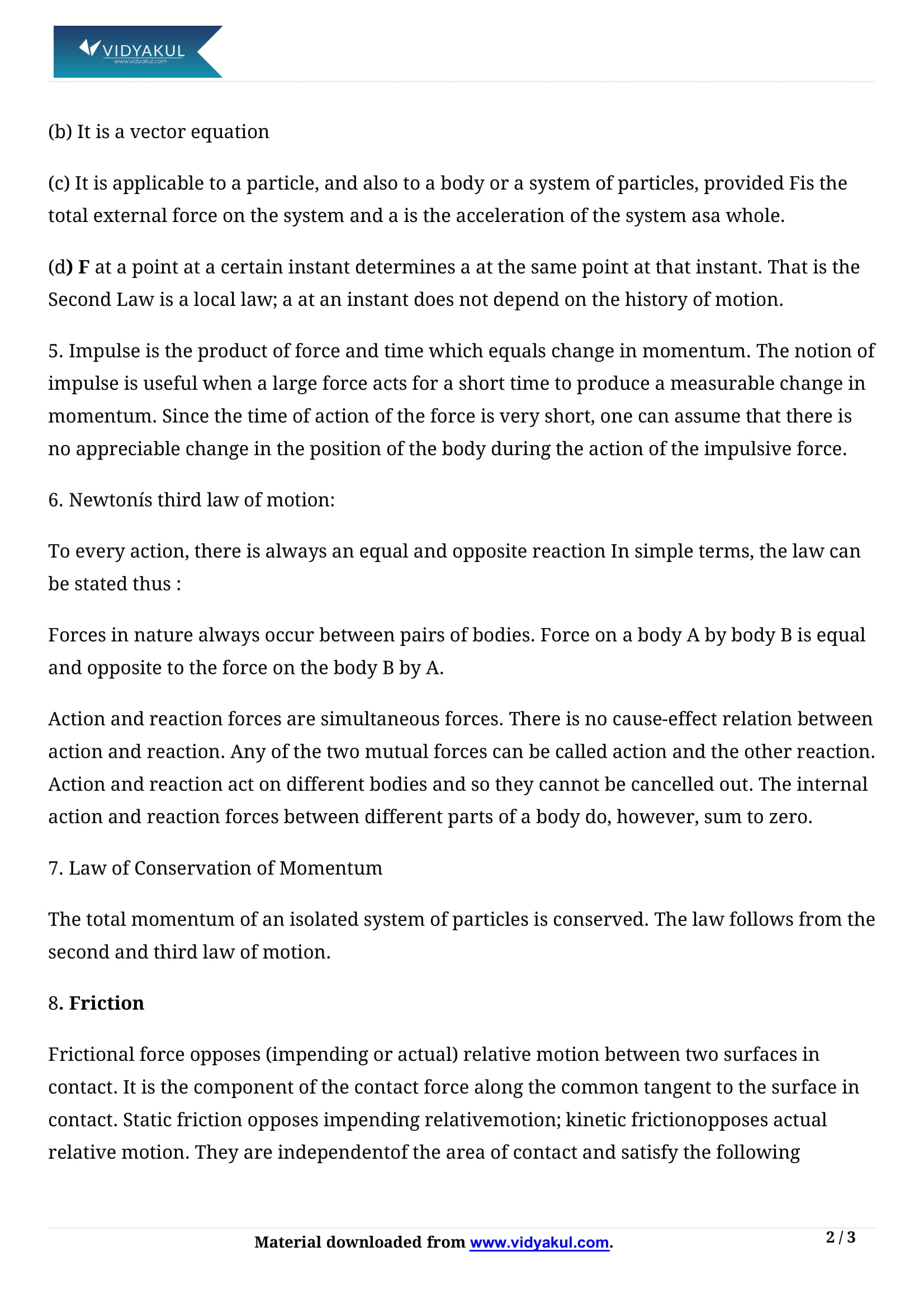 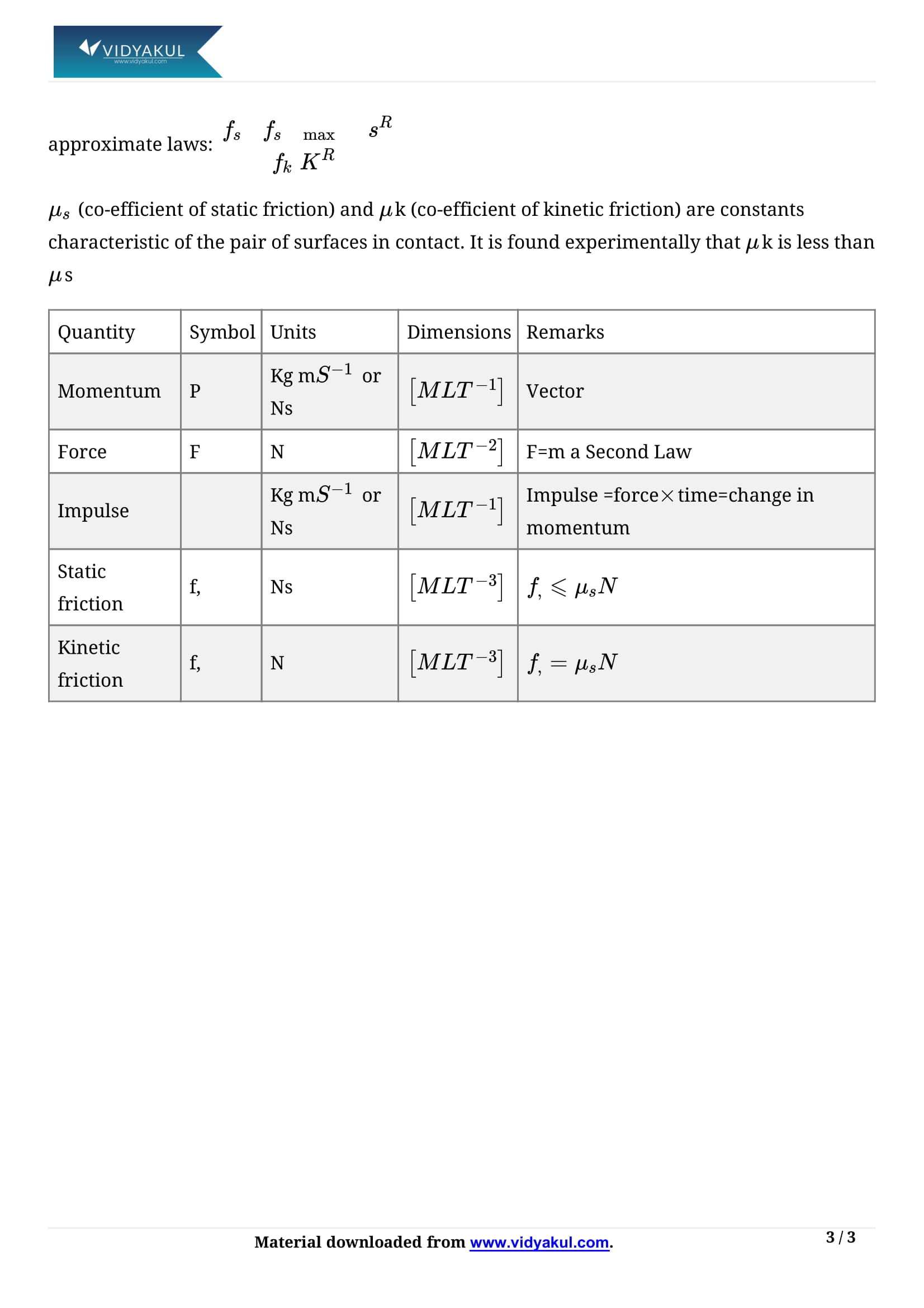