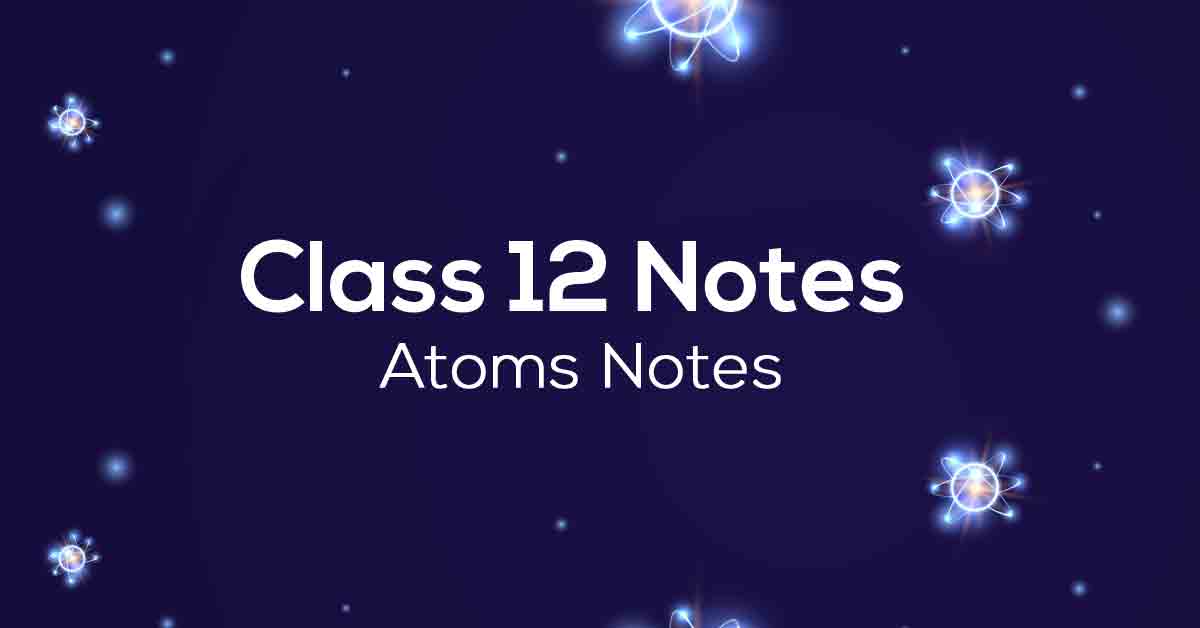 The twelfth chapter of Grade 12 Physics is Atoms. In this chapter, students will learn about concepts such as the atomic model, applications of X-rays, Mosley's law, and more. Students will deepen their understanding of various atomic concepts after consulting Vidyakul's NCERT notes prepared according to the latest program. understanding way.

Below are some key takeaways from Class 12 Physics Chapter 12 Atoms:

In Chapter 12 of Grade 12 Physics, students explore atoms, their structure, the particles that makeup atoms, the properties and properties of nuclei, alpha particle trajectories, electrons, protons, and neutrons. The NCERT notes for Year 12 Physics Chapter 11 are based on the CBSE labeling scheme fromVidyakul.

After learning all of this chapter, students can practice Vidyakul questions and take a free trial test. The table below lists the important topics of this chapter. 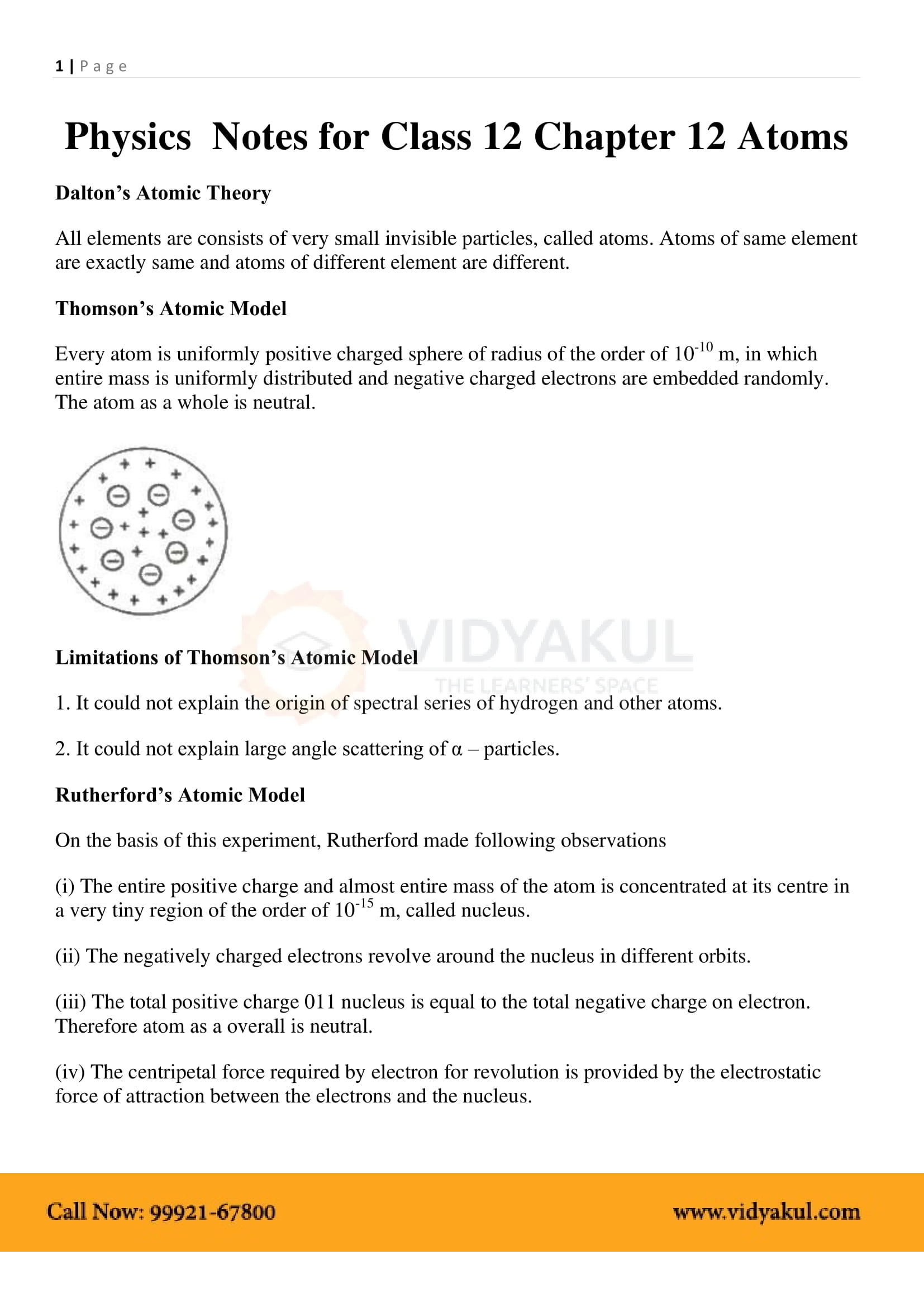 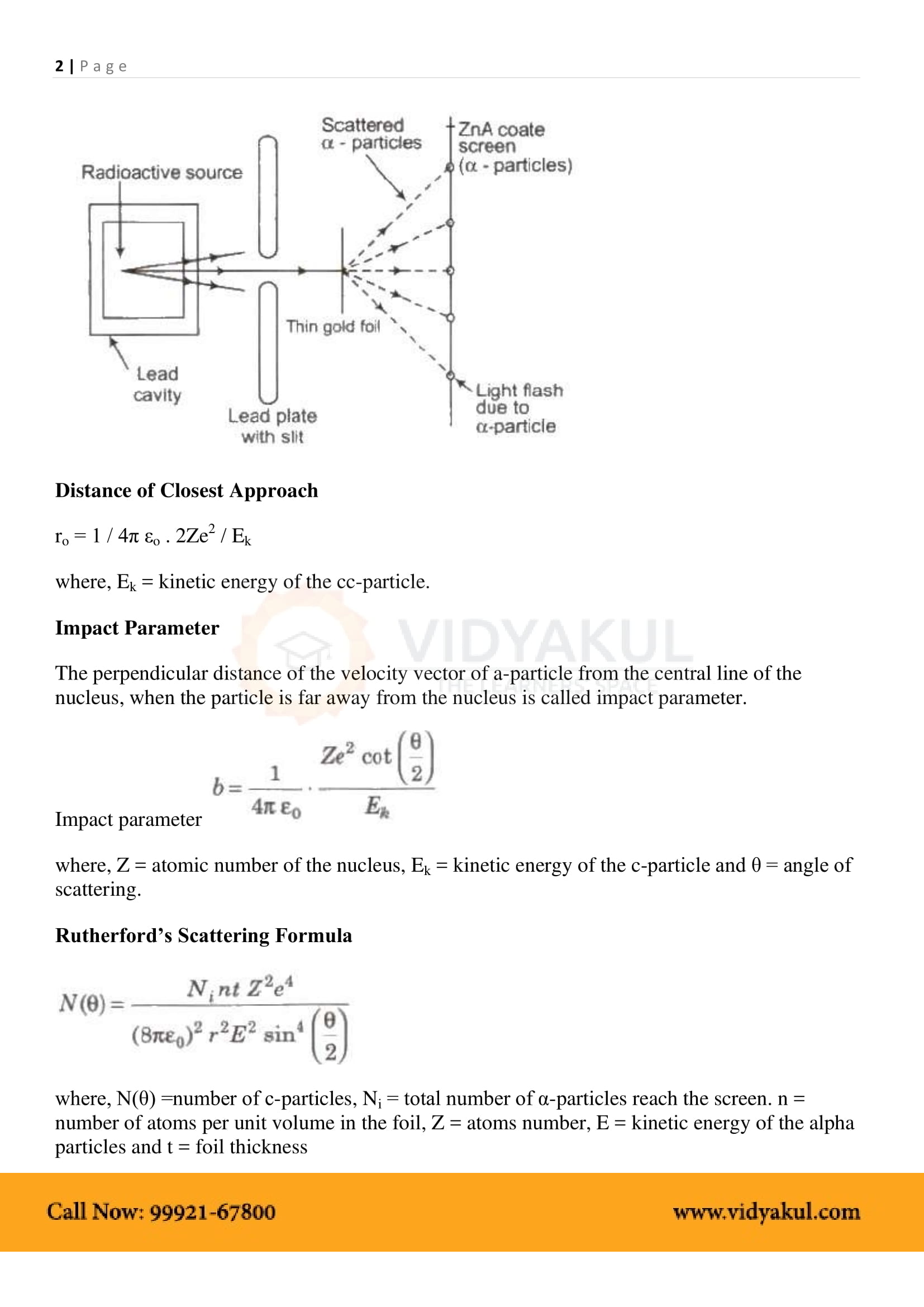 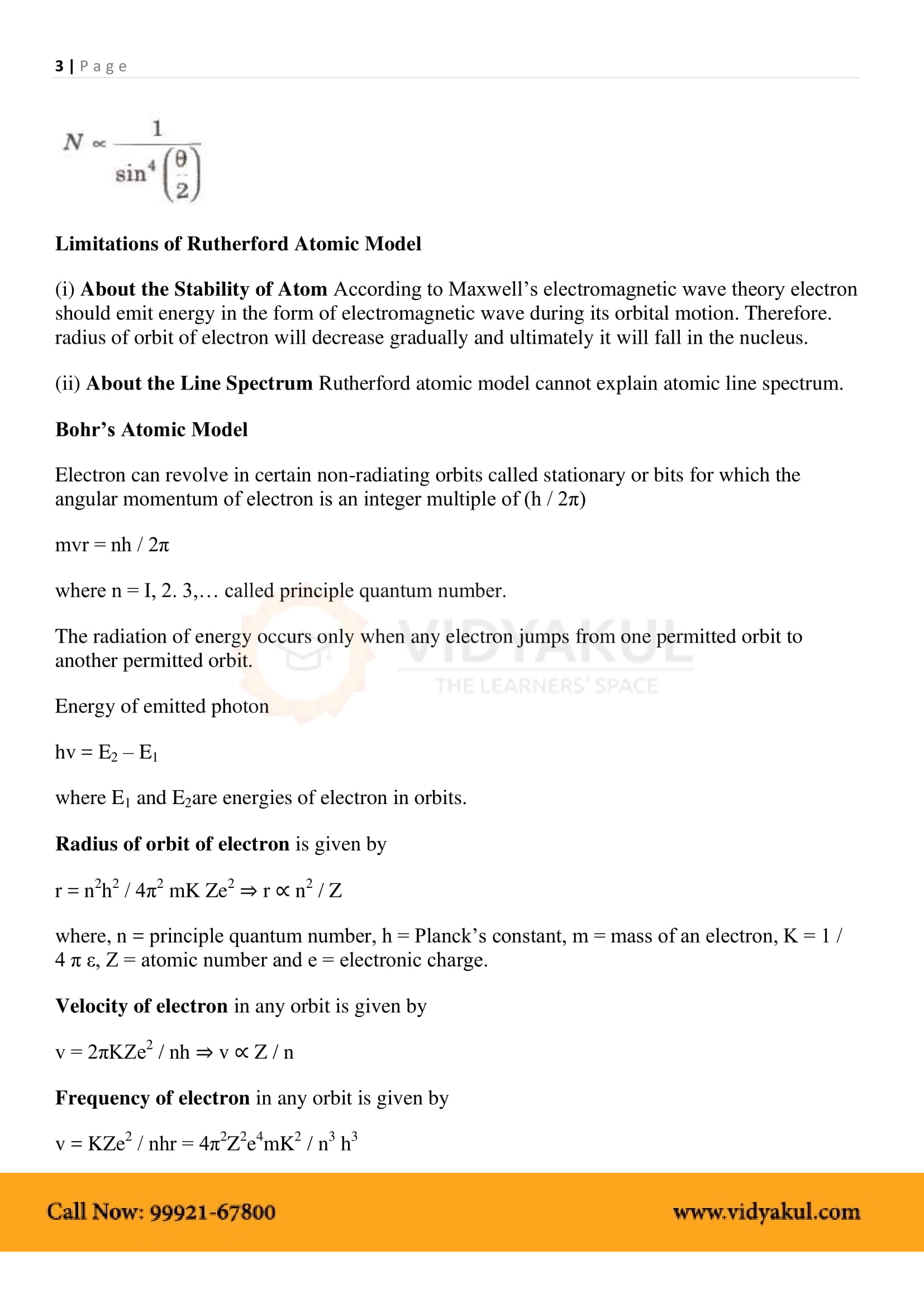 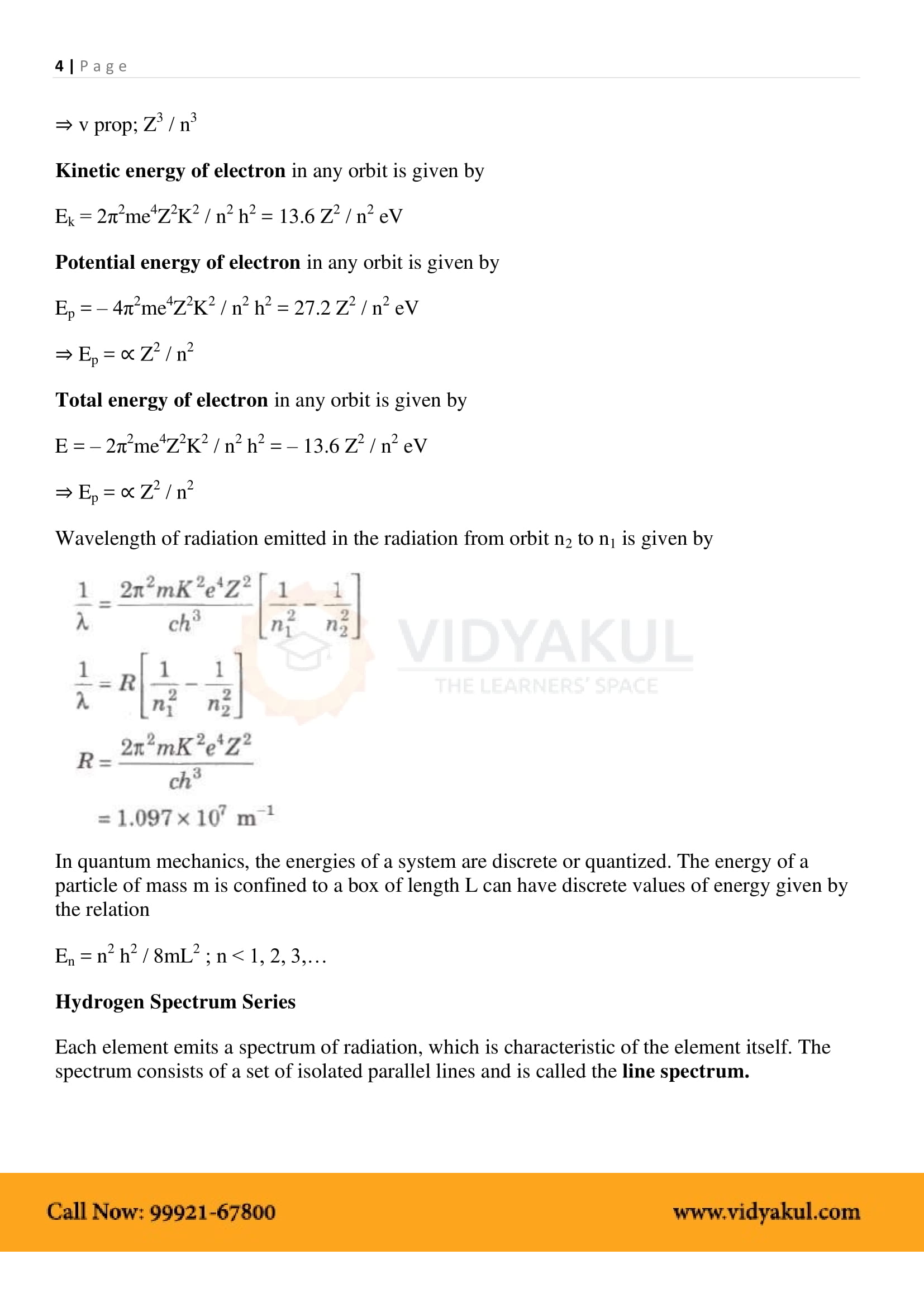 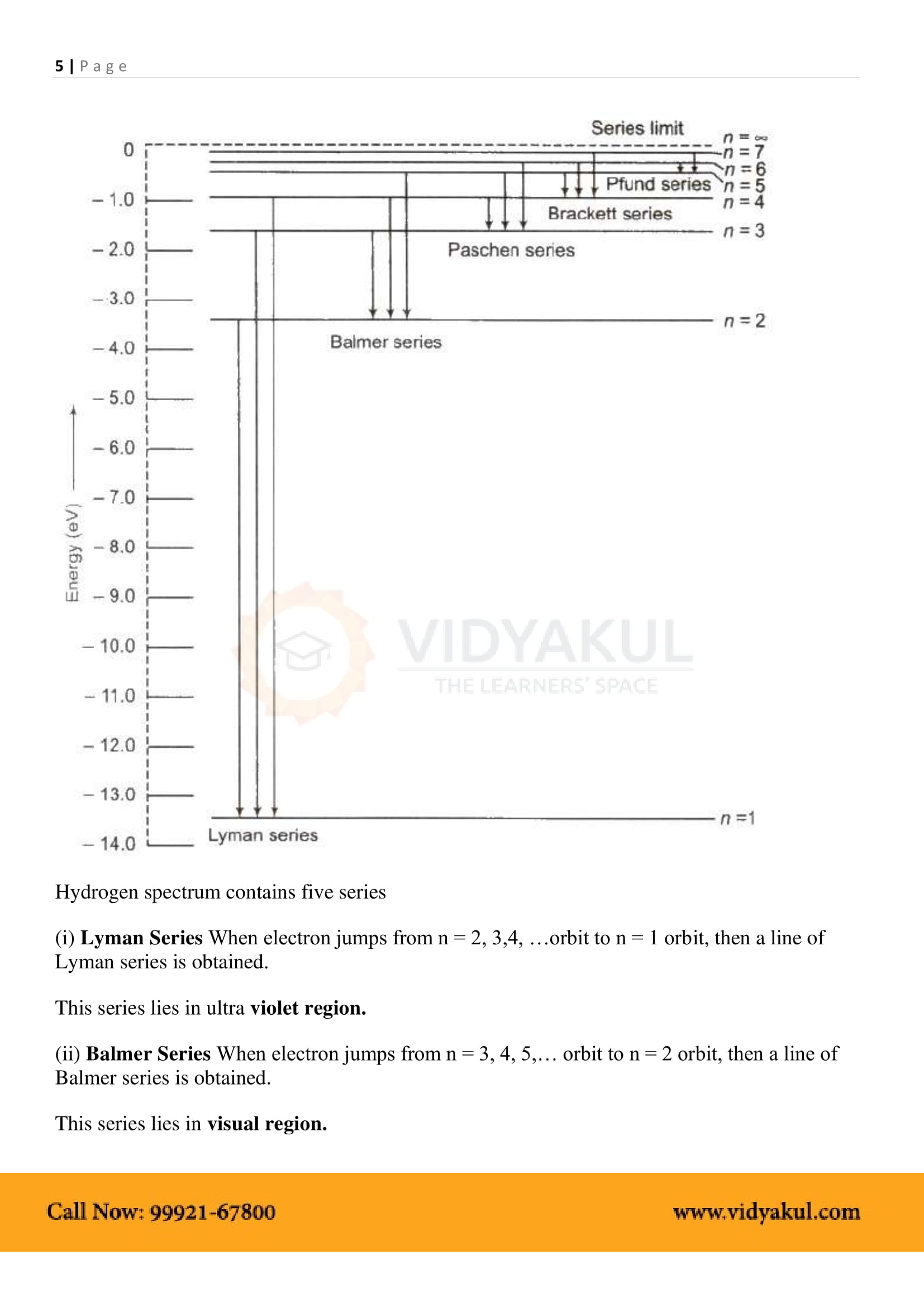 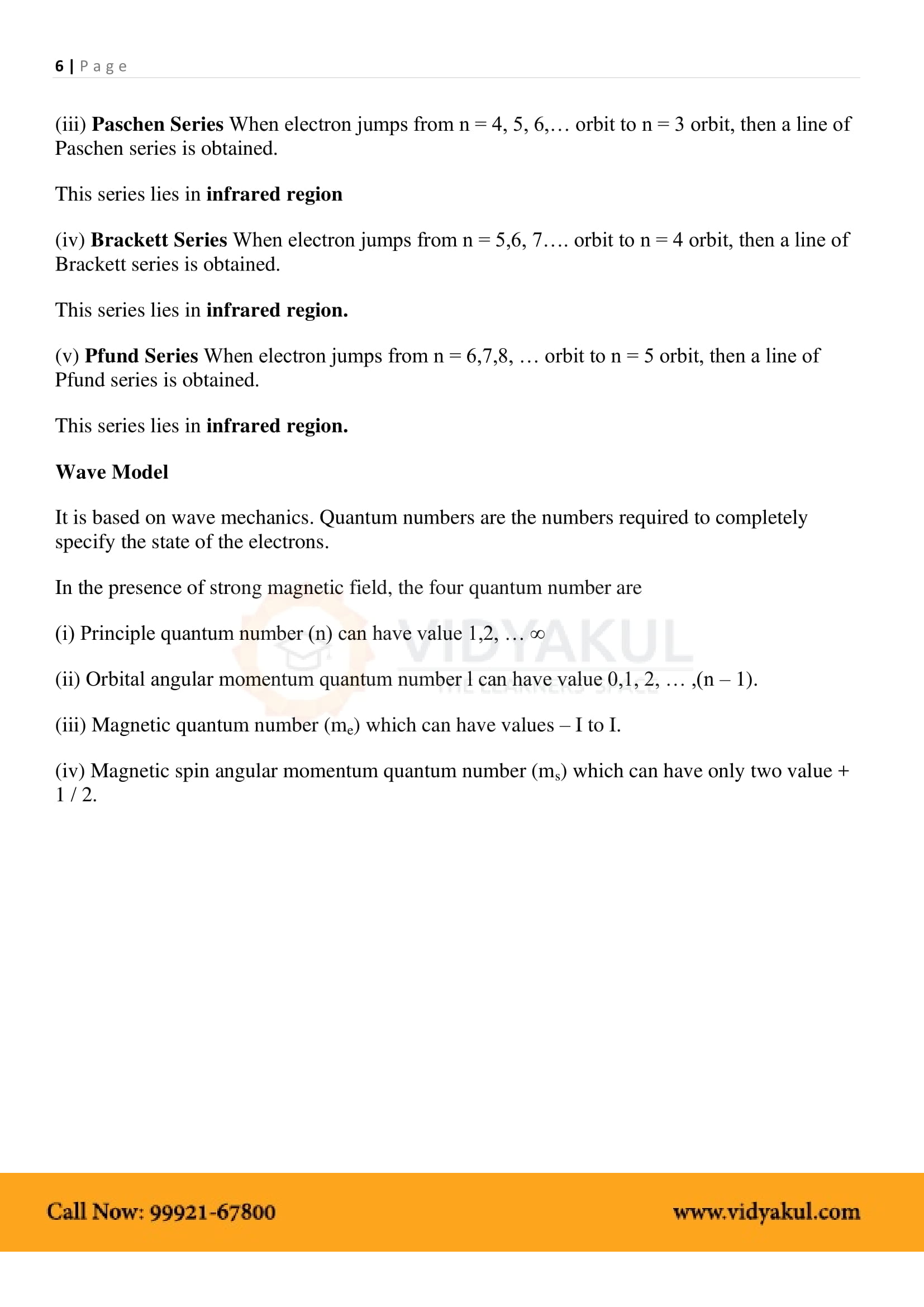 The Balmer series is the name given to a series of spectral emission lines of the hydrogen atom that result from electron transitions from higher levels down to the energy level with principal quantum number 2.

De Broglie’s hypothesis of matter waves postulates that any particle of matter that has linear momentum is also a wave.