Matter in Our Surroundings Class 9 Notes 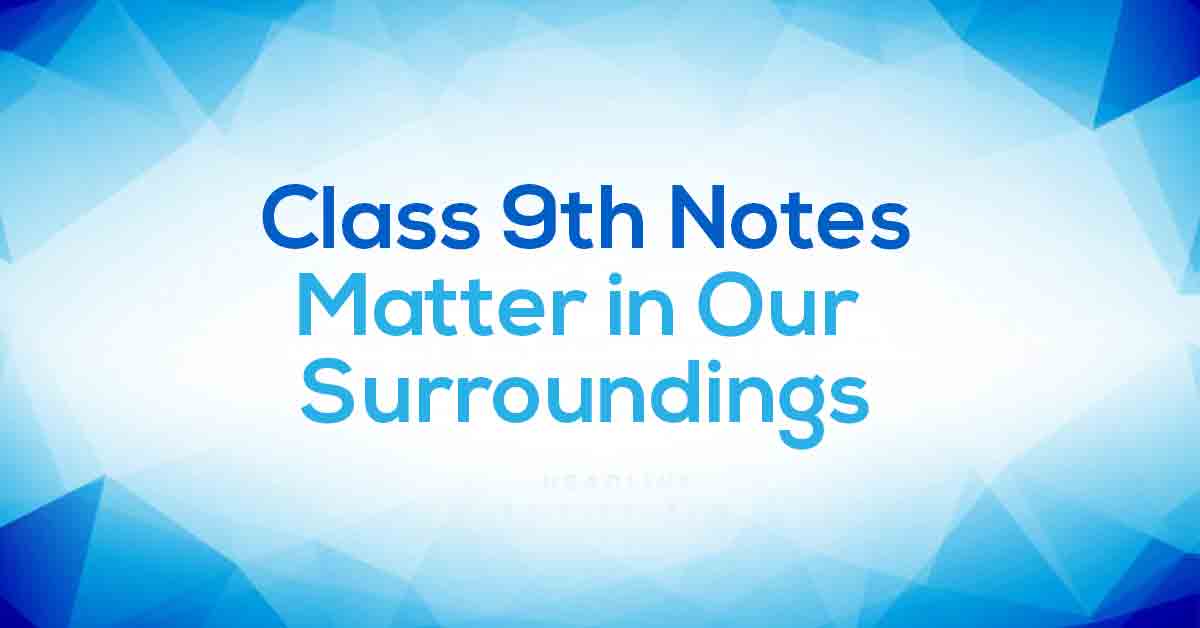 Chapter 1 Matter in Our Surroundings

Chapter 1 of CBSE Class 9 Science is entitled "Materials in Our Environment ''. In this chapter, students learn about the physical properties of matter, the properties of matter particles, states of matter, and evaporation. This is an important chapter in the CBSE Grade 9 science curriculum that provides a foundation for understanding matter and its nature. Students can better understand the main concepts of the chapter by practicing answering questions with NCERT notes for 9th Grade Chapter 1 Science about substances, interconversion of substances, evaporation, etc. Vidyakul provides over 450 exercises covering all the subtopics covered in Chapter 1. Students should focus on practicing text questions provided by Vidyakul in order to get good grades.

Read on to find out more.

Below we have provided some of the important points to remember for NCERT Class 9 Science Chapter 1 to ace your exams:

Chapter 1 of NCERT notes for Grade 9 Science is one of the more interesting chapters. Students need to practice a variety of problems to learn how to solve them. Practicing the NCERT notes after reviewing the topic regularly can help students master the topic and achieve better test scores.

Vidyakul provides answers to all questions from the CBSE Class 9 Science Chapter 1 textbook based on the latest syllabus. Students get free access to all notes. Vidyakul provides NCERT examples, Vidyakul explanations, and more for free.

The latent heat of fusion is the enthalpy change of any amount of substance when it melts.

Sublimation critical point refers to the maximum or minimum temperature and pressure beyond which the state of the matter cannot be changed.

Learn more about it in Matter in Our Surroundings Class 9 Notes pdf. 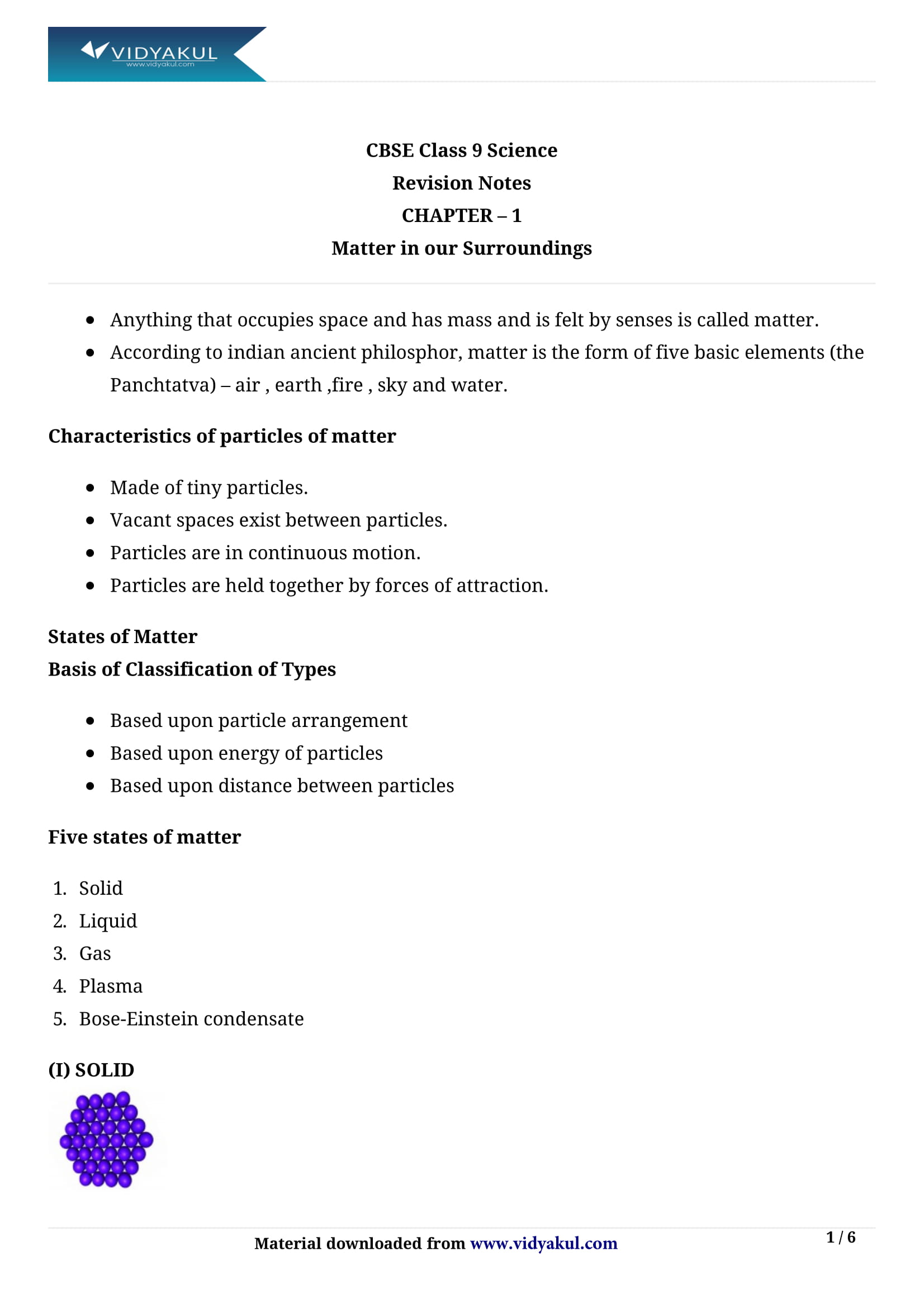 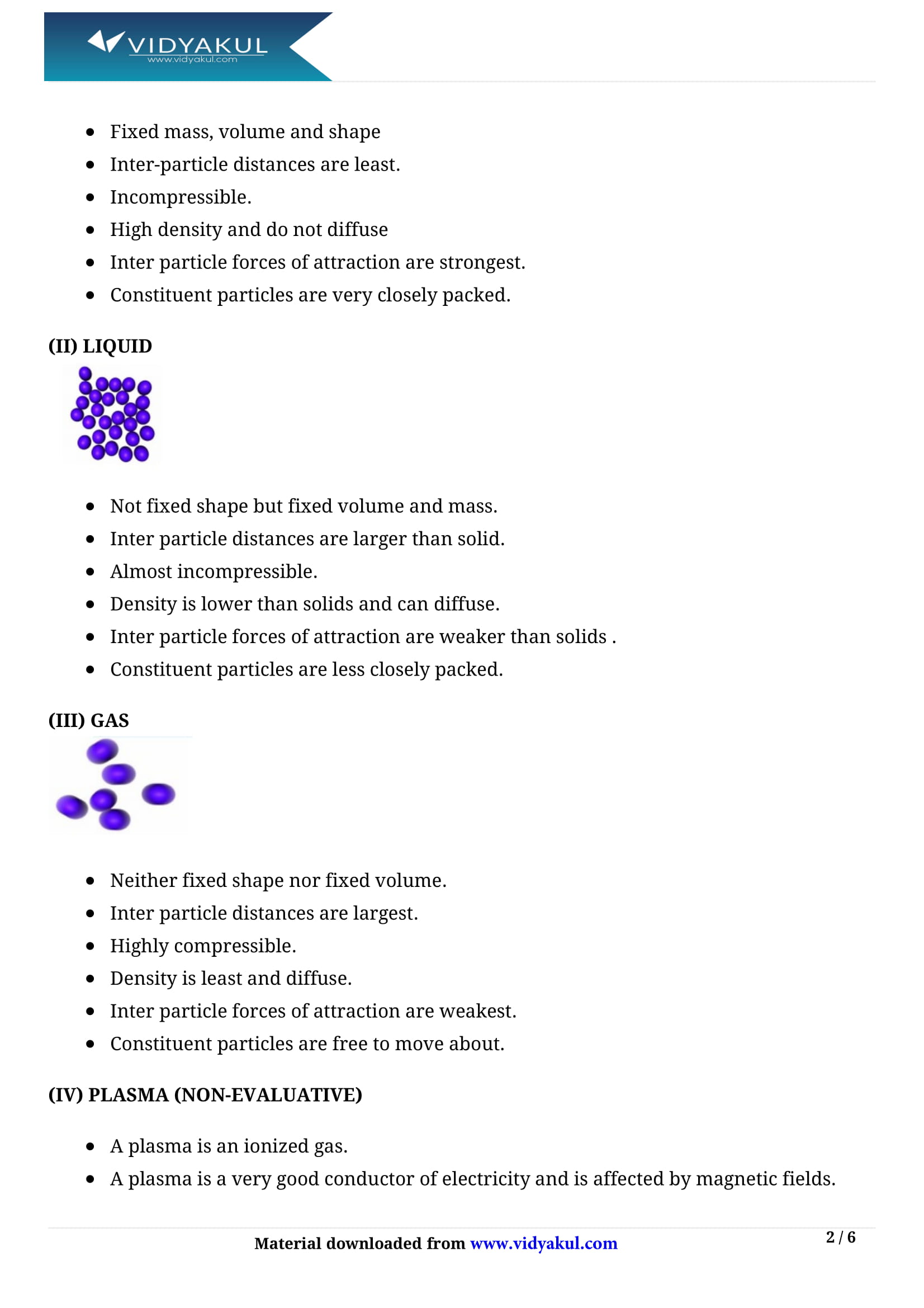 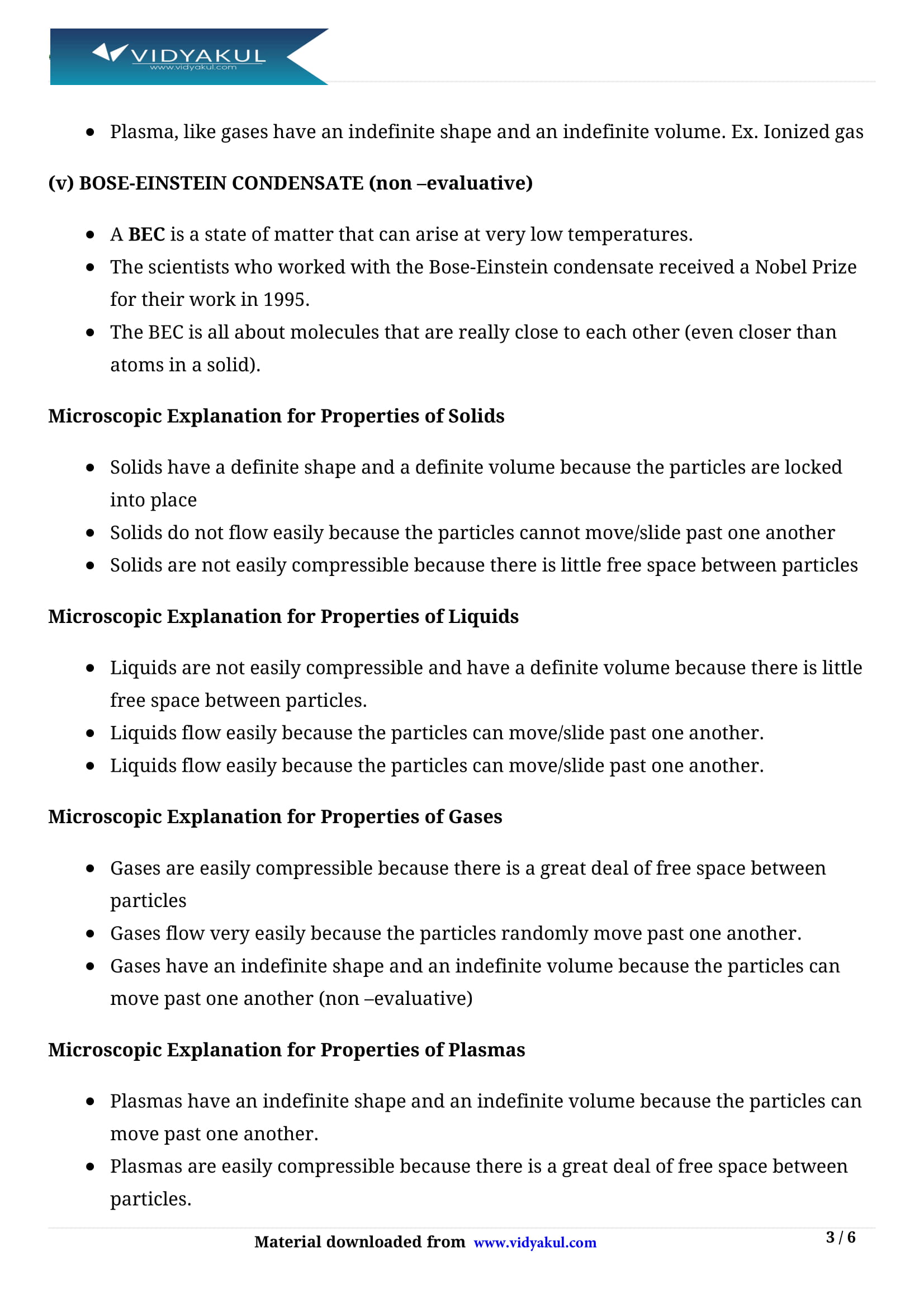 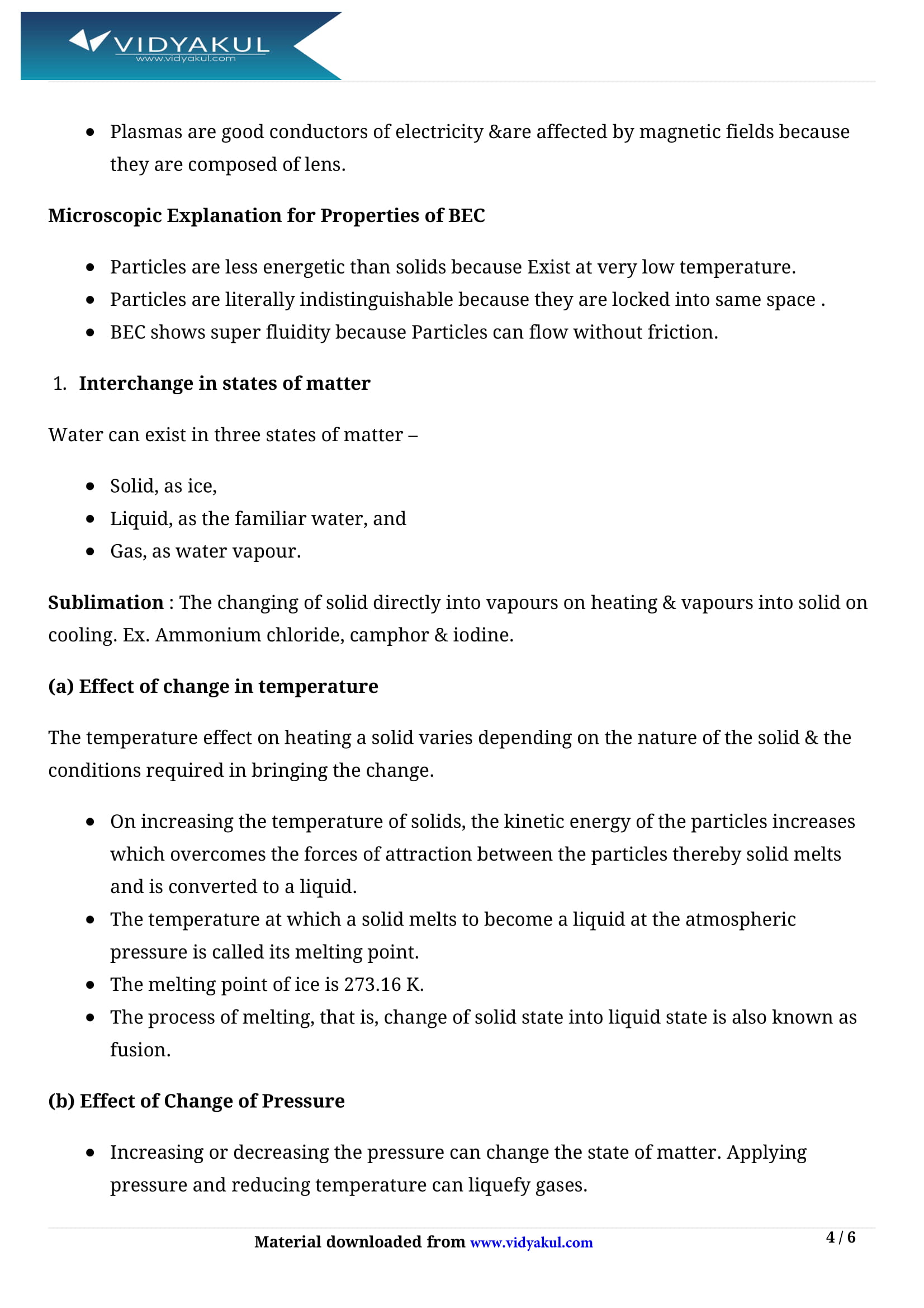 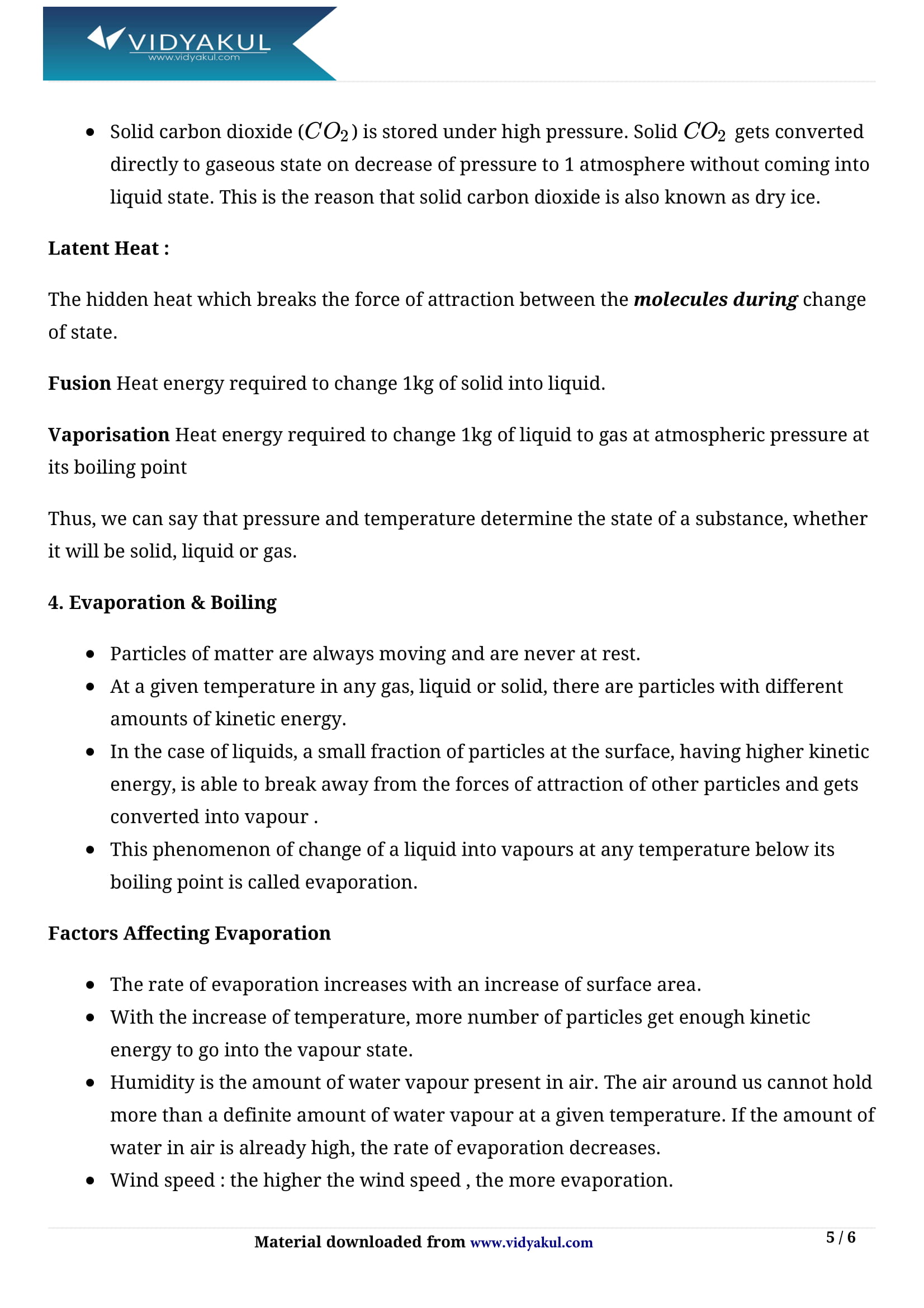 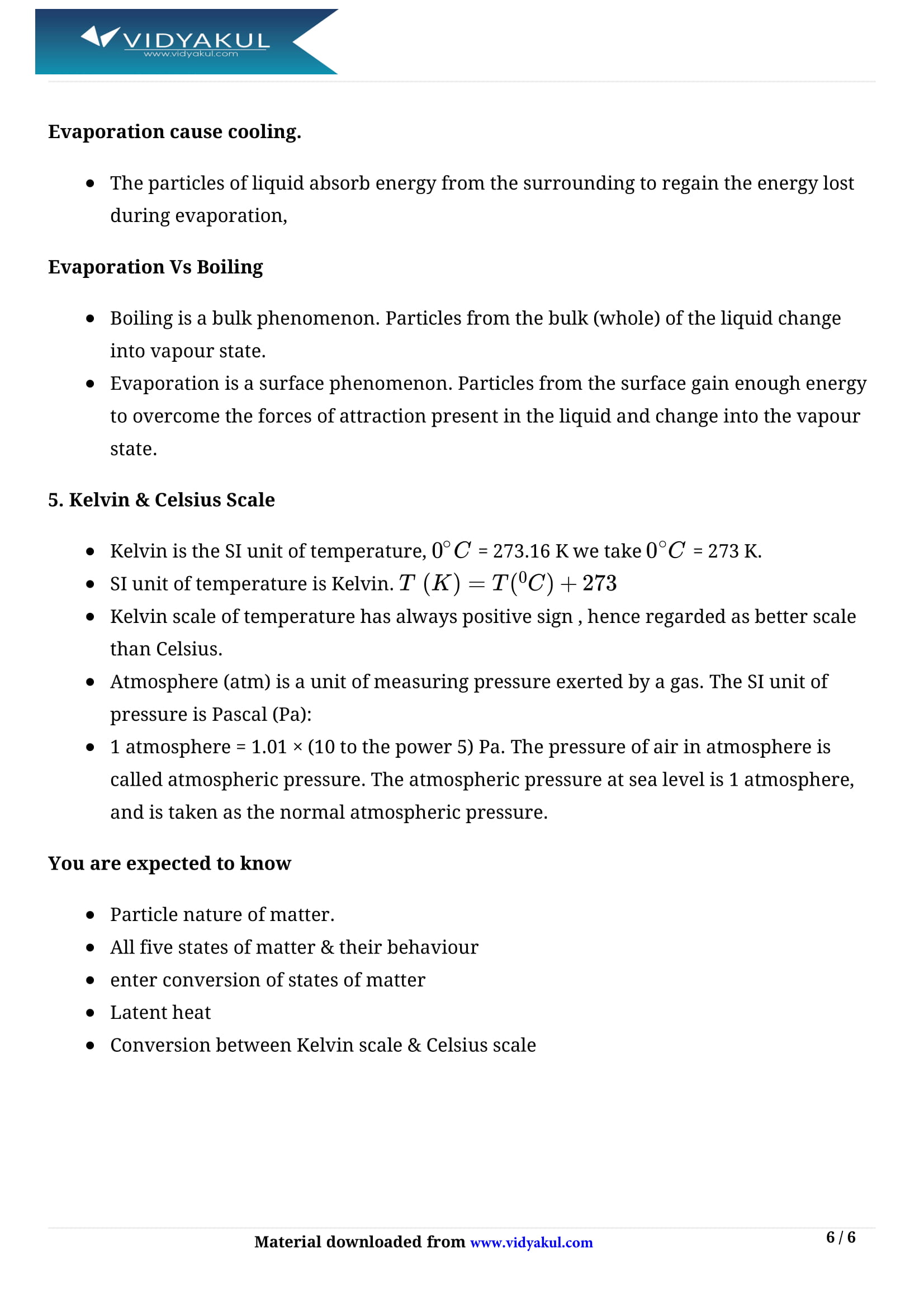